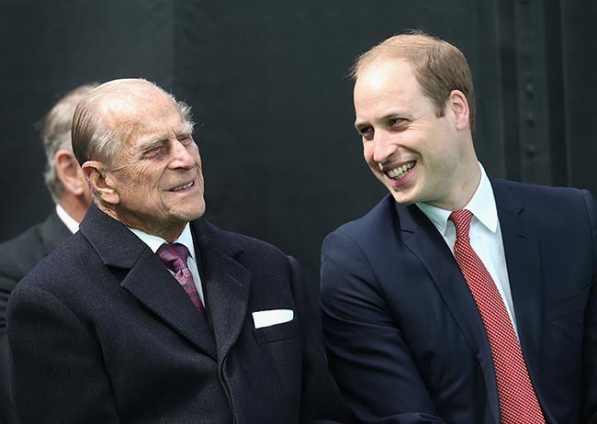 Prince William pays tribute to the “extraordinary” Duke of Edinburgh, adding: “I will miss my Grandpa, but I know he would want us to get on with the job.”

“I will miss my Grandpa, but I know he would want us to get on with the job,” Prince William said in a statement.

It comes as parliaments across the UK were recalled to remember the duke.

“My grandfather’s century of life was defined by service – to his country and Commonwealth, to his wife and Queen, and to our family,” Prince William said.

“I feel lucky to have not just had his example to guide me, but his enduring presence well into my own adult life – both through good times and the hardest days.

“I will always be grateful that my wife had so many years to get to know my grandfather and for the kindness he showed her.

“I will never take for granted the special memories my children will always have of their great-grandpa coming to collect them in his carriage and seeing for themselves his infectious sense of adventure as well as his mischievous sense of humour!”

He added that he and his wife, Catherine, would “continue to do what he would have wanted and will support the Queen in the years ahead”.

Meanwhile, peers have been remembering the duke in the House of Lords.

The Archbishop of Canterbury said Prince Philip led a life of “extraordinary service”, adding that “some rare people bring energy in to a room and the Duke of Edinburgh was one of these people”.

In Holyrood, Scotland’s First Minister Nicola Sturgeon led the tributes, describing the duke and the Queen as a “true partnership”.

And in the Welsh Senedd, First Minister Mark Drakeford said Prince Philip led a “remarkable” life and had championed a “broad diversity” of causes in Wales.

A ceremonial royal funeral, which will be televised, will be held for the duke at St George’s Chapel, in the grounds of Windsor Castle, at 15:00 BST on 17 April.

His children and grandchildren are expected to attend, with the Duke of Sussex reported to have arrived in the UK from the US for the service. His wife, Meghan, who is pregnant, will remain at home in California on the advice of doctors.