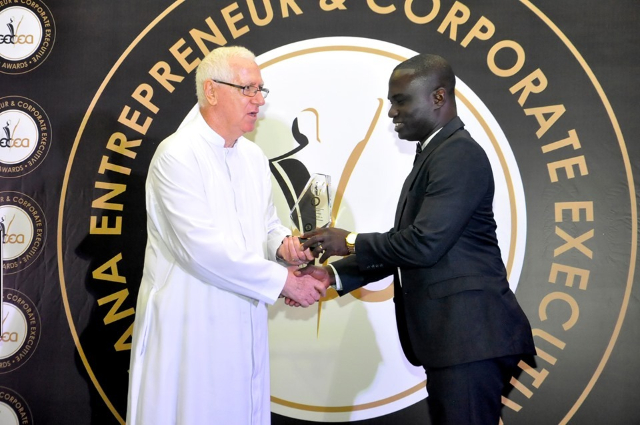 The CEO of Premier Health Insurance says the role of private players in the sector in ensuring that Ghana meets the health sector objectives as well as the Sustainable Development Goals on health cannot be overemphasised.

Percy Asare Ansah stressed that despite the many challenges facing the health sector, the country is making remarkable strides in reducing the maternal mortality rate, spread of HIV and infant mortality all part of the Millennium Development Goals and which have been compiled into the Sustainable Development Goals.

He was speaking about the role of private health insurance in Ghana’s health architecture at the sidelines of the Ghana Insurance Awards ceremony held at the Kempinski Hotel.

In September 2000 Ghana was among 189 member states that signed on to the Millennium Declaration that pledged to end extreme poverty and deprivation by 2015.

Under this declaration was the commitment to meeting eight Millennium Development Goals, three of which are health related; Reduce Child Mortality (Goal 4), Improve maternal health (Goal 5), Combat HIV, malaria and other diseases (Goal 6).

Ghana’s health sector objectives have over the years been aligned to these goals in order to ensure that by end 2015, the country would have tackled most of the health related matters.

After more than 15 years of trying to meet these Millennium Development Goals on health, with its attendant successes and challenges, the Premier Health Insurance CEO insists the situation would have been worse if there was no private health insurance initiative.

For instance the target under the MDGs was to reduce by two-thirds, between 1990 and 2015, the mortality rate among the under-fives.

On the maternal mortality ratio, the target was to reduce by three-quarters, between 1990 and 2015 and to achieve, by 2015, universal access to reproductive health care.

Data from the Ghana Health Service suggests that Ghana was on track in meeting some of the goals, particularly goal six but missed the targets on others, a situation similar to other countries and which have led to the declaration of the Sustainable Development Goals after 2015.

While applauding the impact of the National Health Insurance Scheme in helping to meet some of these targets, Mr Percy Asare Ansah said private health insurance has played a complementary role in ensuring that the health needs of the country are met.

“At Premier for instance, we ensure that every stage of pregnancy captured under the MDG is catered for by our policies. A pregnant woman from conception to delivery has full access to our health facilities and will be given the best of treatment,” he said.

“Where there are complications, our policies still cater for our mothers,” he noted.

The Premier CEO further stated that the products of the company, which includes the government workers plan, the Apomuden plan as well as the Corporate Workers plan, were tailored to meet the aspirations of the MDGs and to make health care accessible and affordable to all.

Apart from pregnancy, Mr Asare said his outfit takes care of most of the diseases common to most Ghanaians which makes the Premier health products more reliable for customers.

Debunking claims that private health insurance is expensive; Mr Ansah Asare said it is always best to prepare for the eventuality because “sickness does not knock at your door before it comes.”

“You can be healthy today and be sick tomorrow but if you do not have the guarantees of a reliable, dependable and affordable health insurance policy that could spell doom for you,” he added.

To make it even easier for patients, Mr Ansah Asare said his outfit has introduced an App which can be used to make requests for medications which will then be brought to your doorstep.

“We have introduced a mobile delivery service where one is able to, once you go to hospital and you have a prescription, download a Med Pharma App, then you go straight to our back office to make a request and the drug will be delivered to your home,” he said.