Prof Ernest Aryeetey: I have found justice (at last) 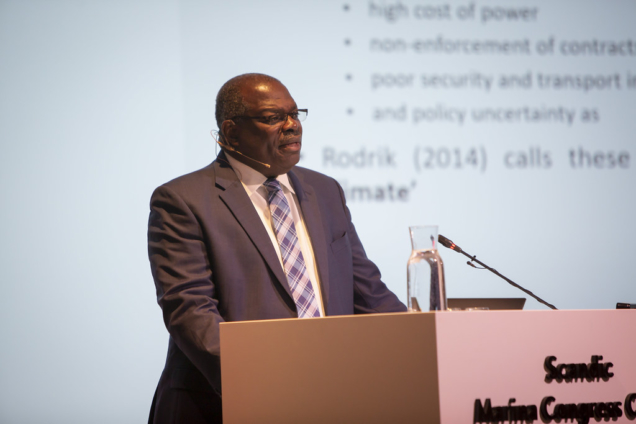 A former Vice-Chancellor of the University of Ghana, Prof Ernest Aryeetey

Four years ago, I wanted to sue my successor as Vice Chancellor of University of Ghana for peddling falsehoods about me. When I finally took the decision to sue him a year later, I did not discuss it with anyone because I knew many people would be trying to discourage me from “embarrassing University of Ghana”.

Indeed, the first lawyer I approached about the falsehoods emanating from the Vice Chancellor’s office at the University suggested that it would not be in my interest to be perceived as having turned against the University that I had been so closely associated with for such a long time. Of course, I did not want that.

Unfortunately, as the falsehoods continued over several months and became more intense, I had no choice but to try to stop it. At that time, I used to wonder why there was not a single person at the University who could step in and stop the obvious persecution.

I found a couple of people who had tried to speak for me at Academic Board meetings and had been quickly labeled as “Aryeetey’s Boys” or “Aryeetey’s Girls”. Their punishment was to be harassed needlessly by the University management. Some of them became very sick and that was enough warning to other people who were thinking of supporting my cause.

Yes, a whole university and all its other stakeholders lost their voices. No one was interested in discussing openly the new developments with the Africa Integras project. For many, it was simply a feud between two professors. But it was not. It was about integrity; the University’s and mine!

I went to court for two reasons: (1) I needed to prove to the world that I was no criminal and that I had not acted in the way the new University management, led by my successor, was trying to portray me. (2) I wanted to force an independent assessment of the processes that we went through to develop the three Concession Agreements that I signed for this project.

The source material for the attacks was the report of a ‘witch-hunt committee’ that my successor put together to review the project in March 2017. The only apparent qualification to be on the committee was a grievance against the former VC. A reading of the report reflected an extremely poor appreciation of corporate finance, law and university management.

Yet it became the weapon used by my successor. He used it very effectively to convince the University Council, the university community, the government and other stakeholders about my supposed guilt. They were told about what was in the report and did not assess it against any other relevant facts. The report failed to consult easily available material on the project and presented pre-determined conclusions to make a case for termination of the agreement.

It was a very unintellectual document, characterized by a strong hatred for Ernest Aryeetey. Considering the composition of the committee, it was not difficult to fathom why. All the falsehood that was peddled about the project and about me

was inspired by that report. The Committee simply gave the Vice Chancellor what he was looking for; a reason to terminate the project and embarrass Ernest Aryeetey.

When I attended the burial service of a departed Legon staff member and I heard what the Reverend Minister said during his homily, I knew it was time for me to act. He said in Fante “This man lying in front of us worked at University of Ghana for many years and we never heard that he had stolen a pesewa from the University. These days, it is those who have free cars, free accommodation, free electricity, free water, free telephones, etc, who steal millions of dollars.

It is not only politicians who are corrupt; academics can be even more corrupt”. This was in the week that a fringe newspaper had accused me directly of complicity in a corrupt $64 million deal, quoting extensively from the ‘witch-hunt committee’ report. The Minister had just seen me walk into the church late. I could not believe that I had become the subject of a homily at a burial service!!!

The last straw that sent me to court was when I heard of what my successor had said about me at a meeting of Convocation on 2nd July 2019. He was trying to make them believe that I was the worst Vice Chancellor Legon had ever had. I was the source of all of Legon’s problems. This was after the University had reported me to EOCO with a complaint of “fraudulent collusion” and I had been forced into a self-cognizance bail of US$15 million. As I sat in the windowless interrogation room at EOCO, it dawned on me that I was not only being deliberately embarrassed; my freedom was being curtailed and my successor wanted to see me in jail for no good reason.

I was very lucky to find a lawyer who believed my story and saw the persecution I was suffering. We offered my successor several opportunities to recant his false statements, but he ignored us completely. We therefore developed a clear strategy to prove that his utterances on several platforms were defamatory. That was easy as the internet was awash with these statements. It was so overwhelming that he could not have denied them. We had to show that the statements that he made were false, and that was not difficult either as I had copies of most relevant documents to show the falsehood.

I managed to find a star witness who corroborated the evidence authoritatively and credibly. There was more than enough evidence from a three-year period of negotiation and project development to establish that this was never a one-man show, and that we followed due process. Unfortunately for my successor his witness statement was not supported by the documents that he tendered in evidence. Indeed, his documents rather became a great help to my case.

We also had to show that my esteem had been lowered in the eyes of right thinking members of society, and the judge agreed that my standing had been affected. I did not even bring up my experience at the burial service.

After the hearings had been concluded and I read my “Plaintiff’s Written Address” crafted by my lawyer, I became very optimistic about the likely outcome. It was perfectly written and the logic of the arguments appeared solid to me. I will recommend the address to any lawyer involved in a defamation case.

In the end, the judge agreed with everything that we said and proved in court. He granted all the reliefs I had asked for and compelled Professor Ebenezer Oduro Owusu to issue a

As I sat in court listening to the judge read his judgment, I struggled hard not to show any emotion. I guess, in the end the overwhelming evidence had spoken for itself . The judgment gave me a chance to prove to my grandchildren that their grandfather was no reckless manager and corrupt criminal.

I thank God for ensuring that the truth prevailed in the end. I appreciate the great work that my lawyer, Kwesi Fynn, and his team did. They were very professional and thorough always. I tried very hard not to be a “too-known’ client and I believe it worked out well for all of us.

I appreciate my family and friends, especially Ellen, for standing by me throughout this ordeal. They prayed with me and for me, and assured me that they believed in me. I thank my classmates from Achimota and Presec who remained supportive and loyal to me in all those years, always telling me “Don’t mind them; they are just jealous”. There were a few people at Legon that had the courage to openly defend me and were not afraid to be seen with me. They know themselves, and I thank them for doing what they could.

The court awarded GHS 300,000 as damages, including aggravated damages, to me. I thank the court for that and I intend to donate the entirety of the award to charity.

I wish Professor Ebenezer Oduro Owusu well. I also pray that people who assume any office in Ghana in future will not see it as an opportunity to harass or persecute their supposed or perceived enemies. I never saw myself as an enemy or opponent of my successor. I still do not understand what I did to deserve what I have been through. Maybe, one day ………..

DISCLAIMER: The Views, Comments, Opinions, Contributions and Statements made by Readers and Contributors on this platform do not necessarily represent the views or policy of Multimedia Group Limited.
Tags:
Justice
Prof Ernest Aryeetey