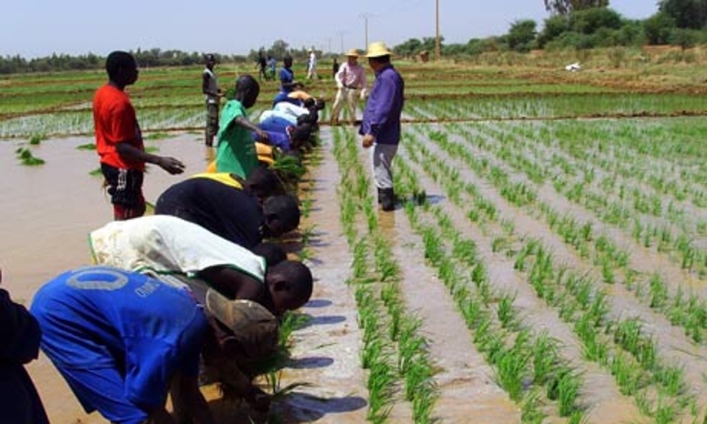 Rice millers in the country say they are being compelled to sell their paddy rice to millers in Burkina Faso and Nigeria due to a lack of storage facilities.

According to them, there is plenty of harvests, but lack of investments in the building storage facilities leads to post-harvest losses, which results in farmers losing out.

Speaking to Joy Business, the Convener of the Rice Millers Association, Yaw Adu-Poku appealed to government to invest in storage facilities near rice farms in the northern part of the country to avert post-harvest losses.

Mr. Adu-Poku stated that local rice farmers have the capacity to produce the staple to sufficiently feed the whole nation, but the lack of proper storage deter farmers from expanding their production capacity.

This, he maintained, is disincentive to rice industry since farmers are now being compelled to export the produce to other countries in the sub-region.

Touching on the price, he stated that the situation could be blamed on the high price of Ghana rice when the reverse could have been the case.

“All the rice that cannot be milled immediately could have gone into a storage facility and then over the period, release for milling and onto the market. So the price will stabilise from January to December.

Meanwhile, Mr. Adu-Poku, says demand for Ghana rice has gone up, following a ban on export of the commodity in South-East Asia.

The situation, he said has compelled major rice importers to turn to Ghanaian producers to fill the vacuum created by the shortage in import of rice.

“We are of the view that the current situation provides an excellent opportunity to sustain the supply by encouraging more Ghanaians to consume made in Ghana rice”, he said.

Mr. Adu-Poku stated that because the surge in demand for Ghana rice is influenced by external factors, there is the need to quickly design home grown policies to protect local rice farmers to cushion farmers from losing, when major rice producing countries in Asia lift the ban.

DISCLAIMER: The Views, Comments, Opinions, Contributions and Statements made by Readers and Contributors on this platform do not necessarily represent the views or policy of Multimedia Group Limited.
Tags:
Rice millers
Yaw Adu-Poku