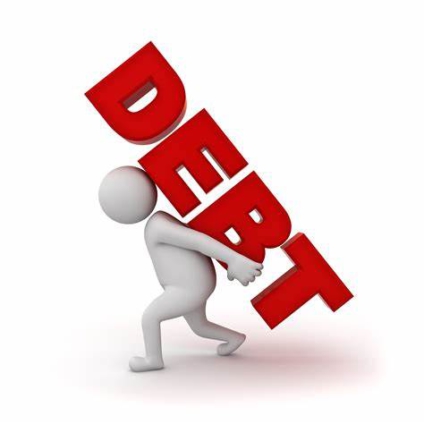 Ghana’s public debt stock hit ¢273.8 billion, about 71% of Gross Domestic Product in September 2020, according to the November 2020 Summary of Financial and Economic Data by the Bank of Ghana.

This is equivalent to $48 billion.

Between July and September 2020, the nation added ¢10.7 billion to its public debt stock.

The rising debt though a worry has been precipitated by the impact of covid-19 whereby the nation had to borrow extra to finance the budget and also support Micro, Small and Medium Scale Enterprises who were heavily impacted by covid-19.

But for covid-19, the nation’s debt wouldn’t have reached the present levels.

Many countries including some advanced economies had no option but to borrow from the International Monetary Fund and World Baank to stabliise their economies.

On the other hand, the financial sector resolution bond stood at ¢15.4 billion, about 4.0% of GDP.

The International Monetary Fund earlier forecast a 76.7% of debt-to-GDP ratio for the country this year.

It however said in its Sub Saharan Africa Regional Economic Outlook report that the debt-to-GDP ratio will however drop slightly to 74.7 percent of GDP in 2021.

The Bretton Wood institution said the rising debt however possess a threat to both the fiscal and monetary economy, particularly revenue mobilization, exchange rate and inflation.

However, it was confident the authorities will do better in 2021 to bring the situation under control.

The World Bank Country Director for Ghana, Pierre Frank Laporte says the nation isn’t borrowing too much to be criticized that it is moving into a debt distress country category

Mr. Laporte however advised the government to pay critical attention to the macroeconomic stability by being prudent in spending to avert over-borrowing.

Finance Minister, Ken Ofori-Atta at the recent IMF/ World Bank meeting called for debt forgiveness and cancellation for vulnerable and debt distressed countries in the world.

Mr Ofori-Atta said the countries needed the gesture to help empower them financially to be able to protect lives and rescue their economies from the impact of the ravaging coronavirus (COVID-19) pandemic.

If the Bretton Wood institutions in particular heed to call, the nation’s debt will go down appreciably.

DISCLAIMER: The Views, Comments, Opinions, Contributions and Statements made by Readers and Contributors on this platform do not necessarily represent the views or policy of Multimedia Group Limited.
Tags:
GDP
Public debt stock