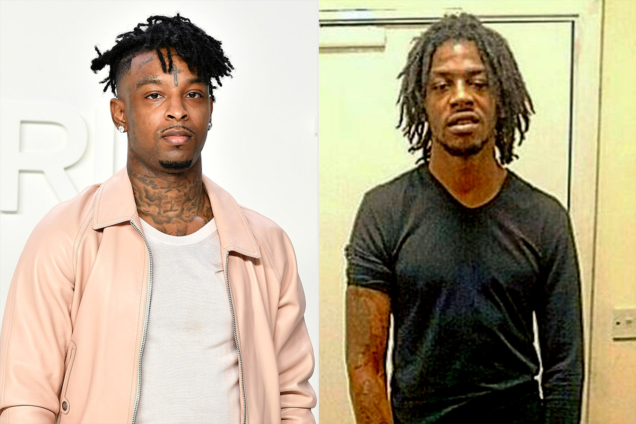 Rapper 21 Savage is in mourning after his younger brother, Terrell Davis, died in a fatal stabbing in London.

The 28-year-old rapper, born She’yaa Bin Abraham-Joseph, paid tribute to his sibling on Monday, sharing an Instagram slideshow featuring a throwback photo from his childhood as well as a picture of Davis as an adult.

“Can’t believe somebody took you baby bro I know I took my anger out on you I wish I could take that s— back,” he wrote in the caption.

Davis was killed at Blenheim Gardens estate in the district of Brixton on Sunday night, according to the Daily Mail.

The 27-year-old, who performed as a rapper under the name TM1way, was allegedly fatally stabbed when he got into an argument with a friend, the outlet reported, citing a family source.

A spokesperson for 21 Savage and the London Metropolitan Police did not immediately respond to PEOPLE’s request for comment.

The musician previously lost his brother, Quantivayus Joseph, in a fatal shooting, according to a 2016 profile of Savage in The Fader. Savage got a tattoo of a dagger on his face in honor of his late sibling, the magazine reported.

The death of Davis comes more than a year after Savage was accused of overstaying a 12-month visa and arrested by Immigration and Customs Enforcement.

At the time, officials said the Grammy winner was taken into custody because he was an “unlawfully present United Kingdom national” who legally entered the country in 2005, but did not leave one year later as he was supposed to.

The star’s attorneys said in a statement released two days after his arrest that he arrived legally in the United States when he was 7 years old, and that his legal status expired in 2006 “through no fault of his own.”

In an interview with the New York Times following his release, Savage said that he only became aware that his unsettled status as a citizen when he was a teenager and the task of having it changed “felt impossible.”

“It’s like my worst nightmare. That’s why it’s always been trying to get corrected,” he said.

“Even if you got money, it ain’t easy. It ain’t no favouritism, and I respect it, I honestly respect it. It would be kind of messed up if they treated rich immigrants better than poor immigrants, I think.”