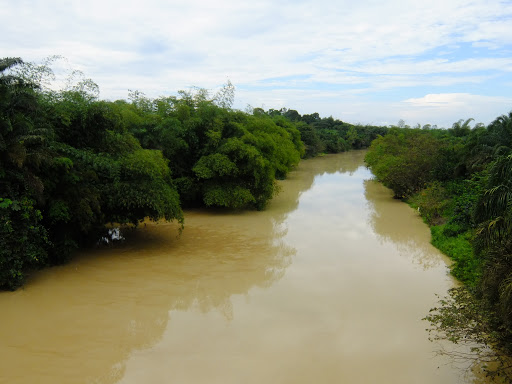 What an overwhelming joy to learn that River Ankobra is gradually getting to its natural state.

It is of great delight to hear the assurance of the Minister of Lands and Natural Resources, Samuel Abu Jinapor, that the fight against illegal mining, popularly known as galamsey is not a “nine-day wonder.”

According to the minister, the fight would be sustained to ensure the preservation of all rivers in the country, especially those badly affected by illegal mining activities.  That indeed is refreshing news.

Speaking exclusively to the Daily Graphic last week, the minister is quoted to have said, “We will not stop until we see our water bodies with aquatic life back to normal and the water flowing freely to the intake points of the Ghana Water Company Limited for treatment”.

Thank you Mr. Minister.  We shall mark you by your word.

The tireless effort of the “Operation Halt” team seems to be yielding good results if the picture one sees of the Ankobra River as at May 2021 is anything to go by.

It points to the fact that if only we could ban the destructive illegal mining from our midst; the country will be safe, our people would be assured of safe drinking water and healthy aquatic life.

Though welcome news, I am, however, sceptical a bit because we have been there before and just at the time one thought we were going to achieve good results, things fell apart.

At that time, the operation that was put in place was able to reduce the effects of galamsey for a short period.  We even saw pictures of some muddied rivers due to galamsey activities returning to normal.

Regrettably, the effort was short lived.  It only came as a flash, in fact, a nine-day wonder.

Illegal mining activities came back with a stronger vengeance than before, thus, bringing us to much more muddied rivers and devastated farm lands.  This was prior to the “Operation Halt” team taking over earlier this year.

Maybe, that previous experience is part of what is informing the going forward strategy of the “Operation Halt” team, especially relating to the burning of seized excavators.  Maybe they want to assure themselves and the country that this time round, no one returns to continue with the destructive work in the forest, rain or shine.  If there is no earth moving machines, there would not be any earth digging.

So therefore, if the minister says galamsey is going to be a thing of the past, we probably must believe him, all doubts aside.  After all, a local proverb says that if a blind man threatens to throw a stone at you, you do not challenge him because he probably is already armed; stepping on the very stone he intends to use.

Mr. Minister, one can only wish you God’s speed.  The teams from the Ministry of Lands and Natural Resources together with the allied ministries, agencies and the district assemblies have all supported well to start on a good note.  May the candle you have lit never be dimmed.

You have been lucky to have some of the critical traditional leaders solidly behind you.  But above all, you have the overall boss, the CEO of Ghana Incorporated, President Nana Addo Dankwa Akufo-Addo as your number one supporter.  You could not have been this lucky to get the job done.

Sustainability is very key.  This time, there should be no back tracking.  Well-meaning Ghanaians are in it with you.  The applause is getting louder if only you could hear at your end.

One wishes though, that as you move around; begin to show us the clear pictures of the good work of the “Operation Halt” team around the country.  We want to see to believe that you are fixing the polluted rivers and reclaiming farm lands.

Let Ankobra River and all the other muddied rivers be our hope that very soon, galamsey will be a thing of the past.

Let the trumpets sound loud and clear that illegal mining is truly illegal with enforceable sanctions.  Let us make it a non-profitable venture for anyone who wants to go into it, locals or foreigners.