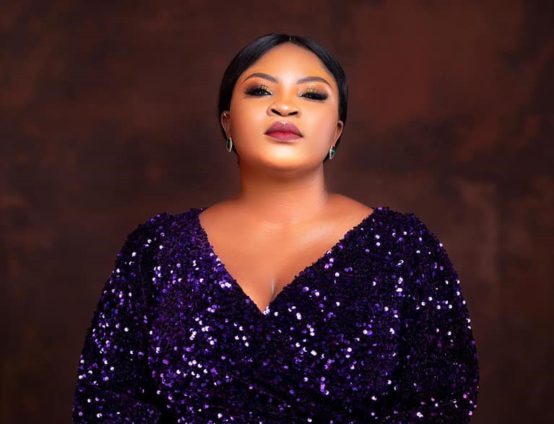 This year, I wasn’t sure I was attending the event because of some circumstances back home in Ghana. But I had to travel to London anyway so yes of course my workaholic self wasn’t going to miss the awards ceremony.

Also, I haven’t seen Diana Hamilton perform live in London so it was one of the things I was looking forward to. On the day of the much-publicised event, my sister suggested that I stay home with the kids that’s because she wasn’t sure I was fit to go out, I had been sick for days since the day I arrived. (All three of my Covid test were negative by the way so I guess I was just tired.)

I insisted on going and she had no choice but to let me. I waited for her to get back from work that Saturday night so she could help me with my makeup and hair. She got home at 7 p.m. Started my make-up and had conversations with our other sister who lives outside London. Bottom line I was ready at 8:20 pm.

She’s too “tired” she wasn’t going to drive me to the venue so I opted for Bolt. The charge was £31. It wasn’t a problem until I had an alert from my bank indicating GH₵266.32 had been deducted from my account for the payment.

Immediately I screamed “Why on earth would be I paying GH₵266.32 for transportation? Eeii.” But for my nephew 31.50 pounds is nothing. He said to me “Sometimes I spends £50 on these services and it is cool.”

I told him, “Nana ask your mother what GH₵266 will do in Ghana before talking to me in that accent.”

He asked me to calm down and check the time the driver was going to get here. I did and he was 5 minutes away. My mood changed completely, I went to get water when I heard my niece saying “Auntie I love your dress. It’s fancy and cool!”

My sister handed me a coat and my phone and ask that I go downstairs because my driver was in.

The driver too told me my dress was lovely but I wasn’t having it because he was the one getting my ₵266.32 for a distance that would have cost GH₵25 or 30 if I were in Ghana.

Can you imagine paying ₵266.32 from Joy FM in Kokomlemle to Labadi Beach Hotel? Exactly!

Got to the Royal Regency safely, according to the driver this place is mostly busy as most events are held here. It’s a busy night for me madam and if you need to go back home just call me on this number, handed me a card while I step out of the car.

There were two queues in front of the facility, the regular and the VVIP. I looked out for the VVIP of course. The last time I checked The Multimedia Group is in partnership with the awards.

I join the long queues waiting for my turn to enter. After a few minutes, thanks to the huge platform I sit, on someone spotted me, said Becky, why are you not inside? Does Alordia know you’re here? I said no.

He left and after a minute Alordia came out asking where Becky is. Oh wow. (I felt like a star girl) I quickly came out of the queue and walked to him. He said allow her in, Becky follow me, he got me the gold tag and disappeared.

If there’s anything anyone can learn from Alordia, is the act of appreciation. To be appreciative of others. Dale Carnegie an American writer and lecturer, and the developer of courses in self-improvement, salesmanship, corporate training, public speaking, and interpersonal skills wrote in one of his books”

Try leaving a trail of little sparks of gratitude on your daily trips. You will be surprised how they will set small flames of friendship that will be rose beacons on your next visit.”

The mere show of appreciation for people and their efforts I’m sure is the reason he’s able to run this show for 5 years.  He said to the security “let them in I beg you, we won’t have a show without these people, and they’re sponsors and have been with me since”

Everyone wants to be appreciated and it’s key. So congratulations to Alordia and West Coast promotions for pulling off another exciting edition of the Ghana music awards UK. Even though there were few lapses it was a successful event.

My sister Diana Hamilton was crowned the Artiste of the Year, Ohemaa Mercy, Dope Nation Article Wan, Akwaboah, Mzbel Medikal, and his wife Fela Makafui, Flowking Stone, Kofi Jamar, and the Kumerica gang were all on hand to make the event a success.

And Oh, I had a lift back home by a London-based gospel musician. He is called Joe Banfro and wants Ghanaians to look out for him.

DISCLAIMER: The Views, Comments, Opinions, Contributions and Statements made by Readers and Contributors on this platform do not necessarily represent the views or policy of Multimedia Group Limited.
Tags:
Experience
Ghana Music Awards UK