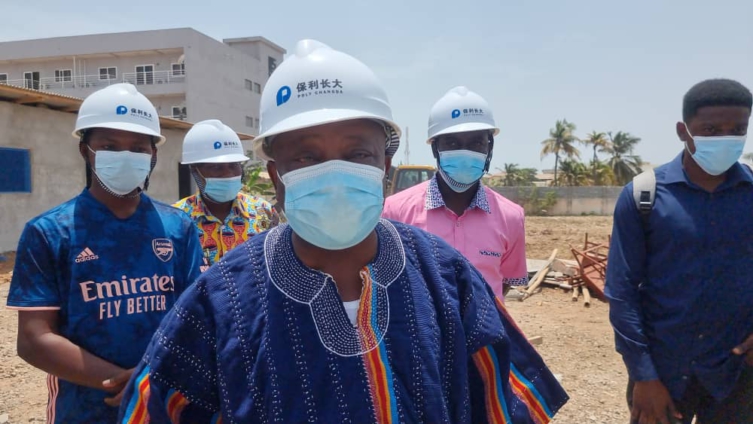 The Health Minister, Kwaku Agyeman-Manu has said that the rebuilding of the La General Hospital will start on Monday, March 14, 2022.

Mr. Agyeman-Manu during an inspection of the site, stated that even though sod was cut for the project to commence, the reconstruction came to a halt because the government was confronted with challenges.

He also indicated that the inability to begin the project was partly due to the global pandemic, Covid-19, which has devastated most of the world’s economies.

Mr. Agyeman-Manu also mentioned challenges that could be attributed to the Chinese company, SINOSURE.

“This was occasioned by a request from Africa to the Chinese Government to restructure their Africa debt financing policy due to the impact of Covid-19. SINOSURE, therefore, put on hold their insurance processes on all Chinese projects in Africa,” he said.

The Dormaa MP said Sinosure gave permission for the loan to be insured on October 20, 2021.

As a result, negotiations for value for money were eventually concluded, allowing the project to commerce.

This comes after the Ranking Member of Parliament’s Health Committee, Kwabena Mintah Akandoh, accused the government of misusing the €68 million allotted for the reconstruction of the La General Hospital.

Mr. Mintah Akandoh also requested that the government proves him wrong by completing the abandoned La General Hospital if the funds have not been misappropriated.

Reacting to this, the Health Minister said government began some activities on the project, such as fencing, site offices, and roads for the conveyance of construction equipment.

He noted that the construction of the Hospital, expected to commence on Monday, “will not halt until completed in 30 months.”

The La General Hospital was closed down in March, 2020 by the government to make room for reconstruction as a result of the deteriorating nature of the facility.

The building was eventually demolished for the planned renovation, which would improve healthcare services for residents of the area.

The hospital, before it was demolished, served patients from Osu, La, Teshie and other areas along the coastal belt of Accra.

In August, 2020, President Akufo-Addo cut sod for the redevelopment to make the hospital fit for purpose as integrity assessment revealed some cracks and general weakness.

This redevelopment project was to be financed by a credit facility from Standard Chartered Bank of the United Kingdom, with an export credit guarantee from China’s SINOSURE worth about €68 million with an insurance cover of €3.8 million.

However, two years later, the ground is overgrown with weeds, and the beautiful artist’s impression is yet to be realized. This was uncovered during an inspection by some members of the Minority Caucus.

DISCLAIMER: The Views, Comments, Opinions, Contributions and Statements made by Readers and Contributors on this platform do not necessarily represent the views or policy of Multimedia Group Limited.
Tags:
Kwaku Agyeman-Manu
La General Hospital