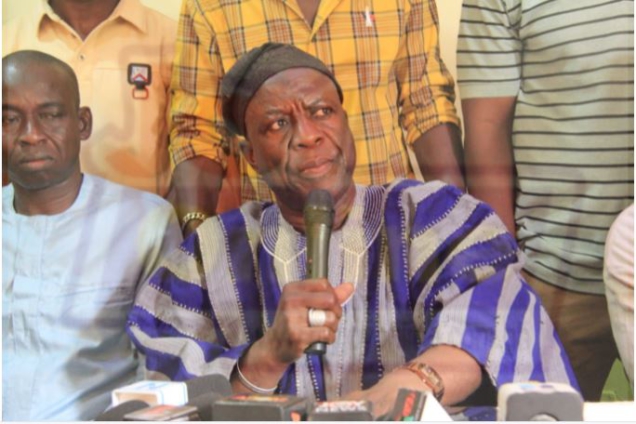 A leading member of the New Patriotic Party (NPP) in the Northern Region, Alhaji Inusah Amadu, has raised concerns over the insecurity in the Region.

He said the trend and pattern of incidents and other pockets of violence have created a sense of fear and panic among the residents.

Alhaji Amadu said there have been increased robberies and car snatching in the Region; citing the recent snatching of the NDC’s Vice Chairman, Sofo Azorka’s car.

As a citizen of Ghana and an illustrious son of the land, the Regional Chairman hopeful stated at a media meeting in Tamale that these developments, among others, have become a source of great concern to him.

He said he would rally the support of other like-minded and concerned indigenes to dialogue and find lasting solutions to this emerging canker.

“Myself and my team have done wide consultation and brainstorming on these security threats rearing its ugly head into our society and have decided to go public with our concerns,” he said.

He called on the security to up their game, treat it as matter of urgency, investigate and unravel the mystery and bring the miscreants to book to forestall the politicization of development.

He cautioned that any group of miscreants with the intention of creating fear or panic in the Region either calculated to tarnish the image of the governing New Patriotic Party (NPP) or destabilise the hard won peace of the country and the Region will be met with equal force in defense of the peace and security of the area.

He called on traditional authorities and religious leaders to help stop the emerging threats.

“I call on the Over Lord of Dagbon, YaNaa Abukari II, and all religious leaders to forestall these emerging threats to bring peace to the people,” he said.

He again called on the youth to avoid political affiliation and support the security and traditional leadership to weed out the bad nuts in the society.

He said he and his team intend to go further and engage RECSEC and other stakeholders on security in the Region.