Report on Motion of Censure against Ofori-Atta laid before Parliament 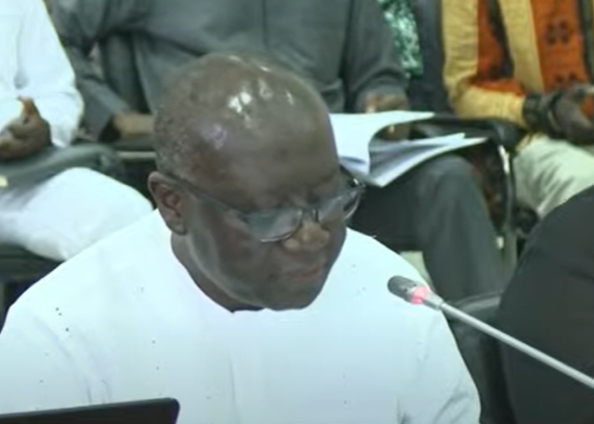 The Ad Hoc Committee’s report on the Motion of Censure against Ken Ofori-Atta, the Finance Minister, has been laid before Parliament.

Mr Andrew Asiamah Amoako, the Second Deputy Speaker, presiding, directed that copies of the report be made available to all members of the House.

Mr Haruna Iddrisu, the Minority Leader, on November 10, moved a motion in Parliament calling for a vote of censure on the Finance Minister, accusing him of mismanagement of the economy.

The motion, which was in accordance with Article 82 of the 1992 Constitution, cited seven grounds for the vote of censure.

They include despicable conflict of interest that he (Mr Ofori-Atta) directly benefits from Ghana’s economic woes as his companies receive commissions and other unethical contractual advantage, particularly, from Ghana’s debt overhang.

Ground Two alleges the unconstitutional withdrawal from the Consolidated Fund in blatant contravention of Article 178 of the 1992 Constitution supposedly for the construction of the National Cathedral.

Ground Three alleges the illegal payment of oil revenues into offshore accounts in flagrant violation of Article 176 of the 1992 Constitution.

Ground Four alleges deliberate and misreporting of economic data to Parliament, whereas Ground Five alleges fiscal recklessness leading to the crash of the Ghana cedi, which was currently the worst performing currency in the world.

Ground Six accuses the Minister of alarming incompetence and frightening ineptitude resulting in the collapse of Ghana’s economy and an excruciating cost of living crisis; while Ground Seven alleges the gross mismanagement of the Ghanaian economy, which the Minority said had occasioned untold and unprecedented hardship.

Speaker Alban Sumana Kingsford Bagbin, subsequently, referred the Motion to an eight member bi-partisan Committee for further investigations and report to the House.

A three-day public hearing, consequently, commenced on Tuesday, November 15, during which the Minister denied any wrongdoing.

He, however, apologised to citizens for the economic difficulties they faced.

During the hearing the Minister’s lawyer raised an objection on Ground One by that the issue of conflict of interest was beyond the jurisdiction of Parliament so the Committee decided to refer that to the plenary for consideration.

With regard to Ground Three, the Committee after hearing testimonies from the Ghana National Petroleum Corporation and the Public Interest and Accountability Committee, decided there was no need for the Minister to respond to the issue and decided to submit a written report on it to the plenary.

The Committee’s report is yet to be made public.

DISCLAIMER: The Views, Comments, Opinions, Contributions and Statements made by Readers and Contributors on this platform do not necessarily represent the views or policy of Multimedia Group Limited.
Tags:
Censure motion
Ken Ofori-Atta
Parliament