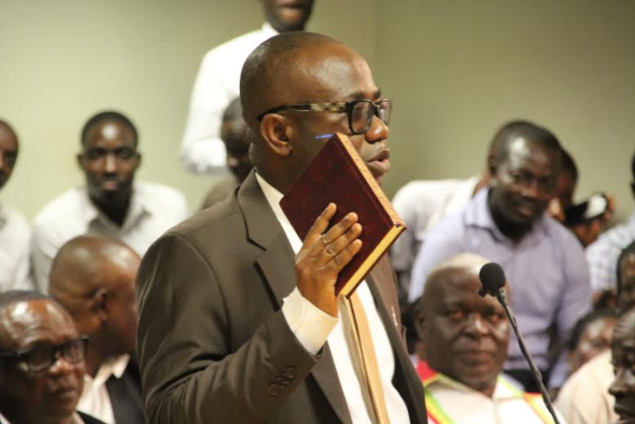 The GFA boss surprised many when he swore by the Holy Quran when he made his debut appearance before the Presidential Commission of Inquiry.

The situation degenerated into a heated exchange with one of the Commissioners – Moses Foh- Amoaning wanting to know the religious faith of Kwesi Nyantakyi who until now has been widely considered to be a Christian.

But Nyantaki’s half-sister on the matrilineal side – Ama [Salima] – confirmed the GFA boss has been a practicing Muslim since his childhood and also revealed his brother’s Islamic name as ‘Osman’.

“Kwesi Nyantakyi is my brother [of the same mother] and we are all Muslims,” she told an Accra based radio station in a telephone interview from her base in Wa.

“But he [Nyantakyi] has been using the name ‘Kwesi’ for a long time and that is why he is widely known as such.

“But his Islamic name is ‘Osman’.”

Nyantakyi had through his lawyer Thaddeus Sory confirmed to the commission that his client was a Muslim by virtue of having taken his oath with the Holy Quaran.