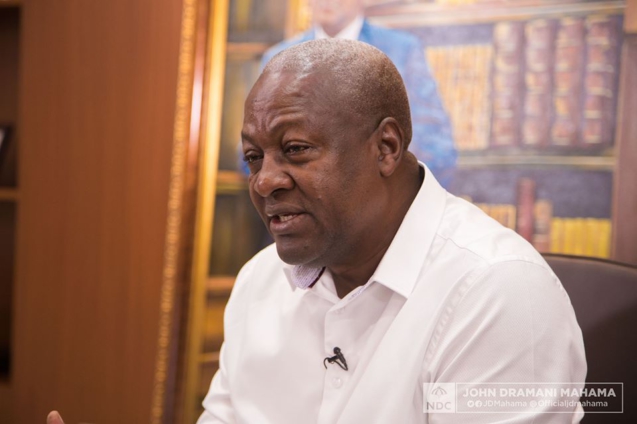 The earlier panel comprising; Chief Justice Kwasi Anin Yeboah, Justices Appau, Marful-Sau, Nene Amegatcher, Prof. Kotey, Mariama Owusu and Gertrude Torkonoo ruled that the success of the petitioner’s case is dependent on his evidence and therefore the decision to close his case was not based on the fact that EC Chairperson, Jean Mensa had filed a witness statement and was to testify.

This was after, John Mahama, who is the petitioner, had urged the court to grant his request saying he intends to subpoena EC Chairperson, Jean Mensa to testify.

According to him, the court’s ruling failed to address Order 38 rule 10, the main basis why the petitioner was seeking to have his case reopened.

Again, Lawyer Tsikata said the judicial panel made no reference to Section 72 of the Evidence Act in ruling out the petitioner’s application to have the election petition case reopened.

He said the court cannot sideline the operation of a statute by reference to subsidiary legislation which in any case has no relevance to the issue of Section 26.

Ending his argument, Mr. Tsikata said the petitioner has presented enough evidence against the 1st respondent, who is the Electoral Commission and further satisfied rule 54 which is the grounds for seeking a review.

But counsels for the 1st Respondent, Justin Amenuvor and the 2nd Respondent, Akoto Ampaw disagreed.

The two counsels told the court that Section 72 relates to a situation where a party has not closed its case which is not the current case.

Again, the two argued that the court is still not aware of the evidence that the applicant wants to present that will warrant the reopening of the case.

Dismissing the review application, Chief Justice Kwasi Anin Yeboah maintained the earlier ruling that the petitioner has not indicated how the evidence he intends to solicit from the EC Chairperson will help to determine the case.

He also stated that the arguments raised by the counsel for the petitioner are the same as those raised when he asked to reopen his case and subpoena the EC Chairperson.

He explained that a review jurisdiction should not be seen and used as an emotional reaction to an unfavorable judgment.

In conclusion, Chief Justice Anin Yeboah said the review is being dismissed because the application is without merit.