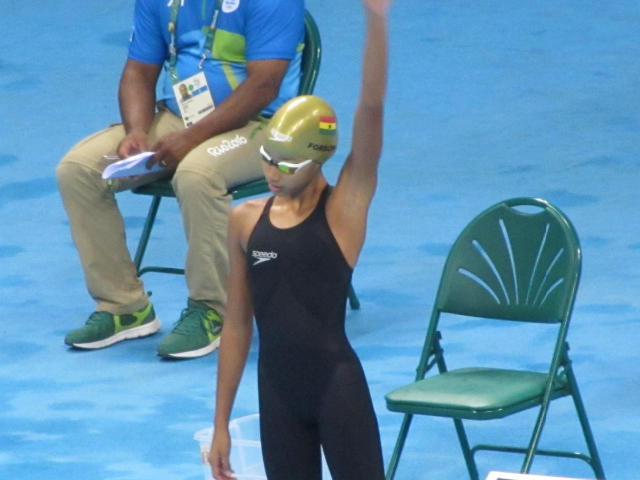 Ghana swimmer Kaya Forson’s heat at the Rio 2016 Olympic Games ended in a bitter sweet moment as she placed last in a group of three but beat her personal record in her outing for Team Ghana at the Olympic Games.

Kaya recorded a time of 2:16.02 in the Women’s 200m freestyle swimming as she went against Matelita Buadromo from Fiji and Shivani Shivani from India.

Bouadromo was first in the Heat 1 contest recording a time of 2:05.49 with Shivani placing second with a time record of 2:09.30.

None of the three swimmers will be qualifying for the next stage as they were the swimmers with the lowest time record.

Kaya Forson was the first of 16 athletes representing Ghana at the 2016 Rio Olympic Games in Brazil to participate in an event.