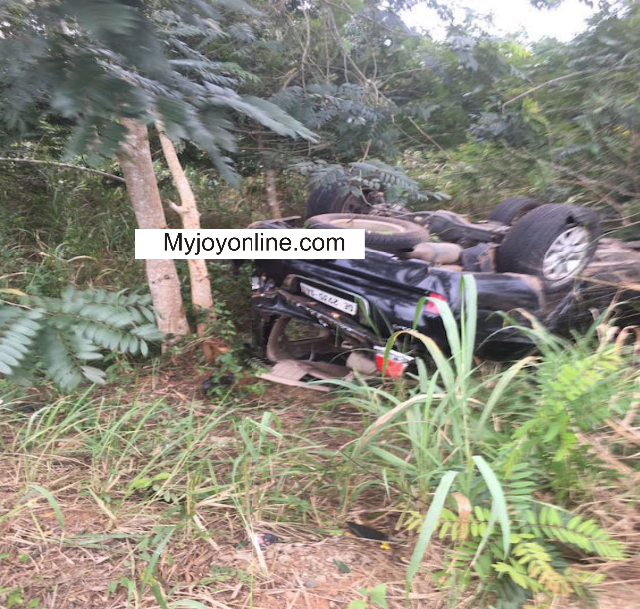 Two persons are killed daily through road crashes in the Volta region, the Regional Director of the National Road Safety Authority (NRSA) has said.

He said this at the opening of a three-day training programme for drivers of high occupancy, long-distance running and high risked commercial passenger transport operators in Ho.

Regional Director described the situation as worrying and that the deaths and injuries could be avoided if drivers and other road users strictly adhere to basic safety precautions and road safety rules and regulations.

Mr Yirenkyi said the training was therefore aimed at sensitising drivers and equipping them with requisite knowledge and skills on how to reduce road crashes in the region.

He urged drivers to extricate themselves from acts such as drunk-driving, over speeding, unnecessary overtaking, using cell phones while driving and to also pay attention to other road users to avoid crashes.

Mr Yirenkyi said there was total commitment of the Road Safety Authority to ensure safety on the roads and called for support from other stakeholders.

He said the Authority had increased its visibility on the road, especially those noted for frequent crashes and called on drivers to be professional and drive defensively.

Mr Johnson Avuletey, Deputy Volta Regional Minister said data on road crashes in the country was not encouraging, necessitating the need for the President to set up the Tripartite Ministerial Committee to investigate casual factors of crashes on the road and make recommendations, including re-training and sensitization of drivers.

He said the training would contribute to holding down the recent spate of road crashes in the region and also set the basis for the operationalization of Regulation 31(3(e)) and 125 of the Road Traffic Regulations 2012, LI 2180, which provided for annual refresher training for commercial drivers.

Mr Avuletey said an estimated 36,000 people lost their lives through road crashes between 2000 and 2018 according to statistics from the NRSA, with 60 per cent of victims between the productive ages of 18 to 55 years.

Mr Samuel Lodonu, the Regional Director for Driver and Vehicle Licence Authority (DVLA) said driving required total concentration, therefore it was important for all drivers to avoid engaging in acts that would distract their attention while sitting behind the wheel.

He urged drivers and other road users to adhere to basic safety precautions when using the road and to abide by road traffic rules and regulations to avoid needless deaths on the road.

Mr Lodonu also advised drivers to equip themselves with knowledge on road traffic rules and regulations and be able to interpret the road signs, saying, knowledge application on the road was vital to avoid fatalities.

The training is a Presidential initiative on Road Safety and being implemented by the National Road Safety Authority in collaboration with Driver, Vehicle and Licence Authority, Motor Traffic and Transport Department of the Ghana Police Service, Ghana National Association of Driving Schools, Ghana Road Transport Coordinating Council and Ghana Private Road Transport Union.