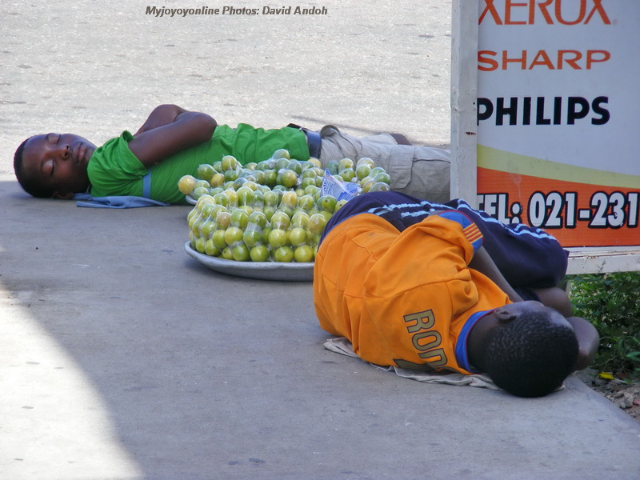 When top executives of the banking sector take home bonuses at the end of the year, they care little how they made enough money for their banks to justify those bonuses. They really don’t care how they screw the poor out of the little they have, in order to earn their bonuses!

Yesterday, 11thJuly 2018, I had the misfortune of being paid by a friend with an Ecobank cheque instead of Mobile Money. It was inconveniencing enough to have to drive to the Osu branch of Ecobank in the afternoon, but nothing prepared me for the shock I was going to experience in front of the Teller at the banking hall.

I have had a bank account in Ghana at every point in time since I entered the University of Ghana as a freshman in 1994. That is 24 odd years ago. I also opened my first bank account in the UK in 1996, twenty-two years ago. So, for over two decades, I have been operating bank accounts and have been served by banks both here and abroad.

He insisted that the only alternative if I didn’t want to pay the charges was to deposit the cheque into my non-Ecobank bank account and allow it to go through clearing. I was so pissed off I told him to just pay whatever they want to pay so I could get out there. The cheque was for GHâ‚µ200. Ecobank deducted GHâ‚µ5 and paid me GHâ‚µ195.

It is worth noting that if the person had paid me via mobile money, the highest charges I would have paid to withdraw the money from my MTN Mobile Money Wallet would have been GHâ‚µ2. So why did Ecobank charge me GHâ‚µ5 for cashing a GHâ‚µ200 cheque over the counter?

When I later raised this issue on a Whatsapp platform, a friend who also happens to be a senior official of Ecobank had this response:

“KAB, honestly we need people like you in this endeavour. We are trying to encourage digitization of the economy. There is a plethora of electronic channels to transfer amounts below GHS1,000. We are seeking to positively influence people to use such channels. We have tried various means in the past. We believe positive-minded persons like you will support us in this drive. We are however happy to have suggestions from you in this regard.”

Asked whether Ecobank has informed clients about this new policy, his response was: “KAB this notice was sent several times to Ecobank customers ooo. You may have missed it.”

Well, I don’t have an active bank account with Ecobank. So, my response was: “But how about informing non-customer public NOT to accept Ecobank cheques less than GHâ‚µ1,000? Have you done that? Because today is the first time I’m learning of such a policy.”

Anyway, another friend on our platform had this reaction:

“…maybe instead of reducing the amount due the payee, you should rather debit the drawer’s account to discourage him/her, that is your customer, from issuing cheques under GHS1,000. The payee is innocent here. Assuming I sell an item to an Ecobank customer and he pays me a cash cheque of GHS900 and I present it at Ecobank and I am given GHS850, it means the customer hasn’t paid me in full.”

And yet another person simply responded thus:

“At the very least…Ecobank is stealing from the poor.”

Yes, I totally agree with all the sentiments expressed by my friends on our Whatsapp platform, but more so with the last one. Ecobank is stealing from the poor to pay Fat Cat bonuses at the end of the year. The majority of people who are likely to receive Ecobank cheques as mode of payment for amounts under GHS1,000 are relatively poor people.

And some of those people may not even have a bank account with any other bank. So, when they are faced with having to open a new bank account in order to deposit their GHS200 and wait for another day or two for that money to clear, when they need the money urgently, they will have no choice than reluctantly give up their GHS5 to pay Ecobank Fat Cat bonuses!

The question is, why has Ecobank not embarked on a massive public education to warn the public against accepting Ecobank cheques with face value less than GHâ‚µ1,000? Here’s my answer to that: Little drops of GHâ‚µ5 from poor Ghanaians make a mighty Fat Cat bonus!