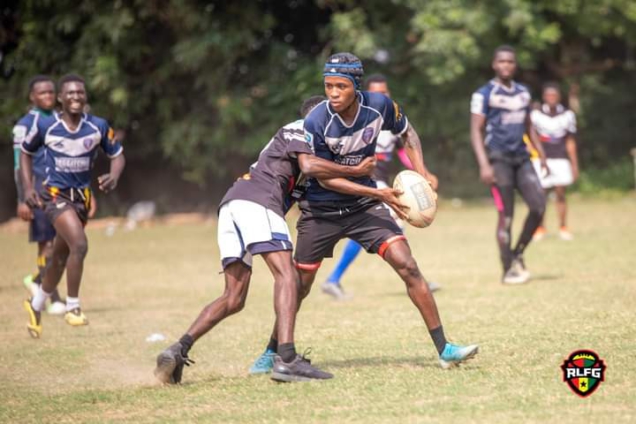 Few countries in Africa can rival the passion and energy of traditional rugby powers in the world. In the year 2002, there were only six countries that notably participated in rugby competitions on the continent- Morocco, South Africa, Namibia, Tunisia, Zimbabwe and Ivory Coast.

As at 2018, the number increased to 38 union members representing 84% within the 16-year interval. Amongst the new members is Nigeria, Ghana’s bitter rival.

Growth in player registration in 2017 was pegged at 66% (excluding South African players) against a global increase of 27%. Between 2016 and 2017 reports showed Nigeria, Mauritius, Madagascar, Namibia and South Africa recorded the quickest growth in total number of players. This is a clear demonstration of the passion for rugby across the continent.

There are 105 countries participating in competitive rugby in the world, one-third are African nations. The situation in Madagascar is now such that it boasts 160 clubs existing in the capital Antananarivo making it the African country with the most clubs per capita. International rugby matches record more than 40,000 spectators.

In terms of ranking, Namibia, who are current African champions who also will be representing Africa in the Rugby World Cup, ranks 23rd in the world men’s top 50 with 7 other African nations. In the seven aside division known as 7s, Kenya’s men’s team was recently ranked 7th in the world in the top 10.

Women are not left out in both the administration, participation and officiating the game of rugby.
In 2017, Rugby Africa had the highest percentage of female participation of any other region (46%) in the world. More than 20% were women and girls in Africa.

Female referees are already officiating top-level men’s matches in Africa. Female rugby players increased by 50% in the space of a year. 70% (38 out of 54) of African nations are recognized as ‘rugby-playing’ countries.

Africa is one of the fastest growing fan bases with an increase of 30+ million fans since 2013. Madagascar alone has 520+ clubs. The top five countries where the average penetration of rugby fans calculated is 35% versus a global average of 23% : (1) South Africa (2) Nigeria (3)Madagascar(4)Kenya and (5) Cameroon

How has rugby fared in Ghana?

Ghana joined World Rugby as an associate member in 2004 and became a full member in 2017. Prior to Ghana Rugby getting recognition by the international body, there were several turns out of events, there came the intervention of the Rugby League European Federation (RLEF) that selected Ghana as the pilot west African Project, due to the RLEF’s partnership with UK Sport International.

The fruition of deliberations amongst the major stakeholders in partnership finally gave birth to a recognized rugby body in 2013. Since then, there has been a significant increase in participation and fan attendance.

Rugby in Ghana has developed and grown so well that Ghana is set to host an internationally recognized rugby tournament known as Middle East –African rugby league championship, which will be played amongst four heavyweights in rugby scheduled to kick off on 27th September. The winner of the championship will get automatic qualification to rugby World Cup in France in 2025

Because rugby was introduced in Ghana proper through an educational partnership, the first crop of rugby players that used proper rugby ball and officiating were university students and immediate past graduates who eventually formed part of the core rugby team. Just two years after securing recognition with rugby Africa and world the Ghanaian team went to Nigeria and won silver in a rugby championship held in Nigeria. The numbers started increasing since then.

In 2021 four clubs were registered in the male category with a total of 100 players. Fast forward in 2022 the clubs have increased to seven with a total of 200 players registered, representing 50% increase in player registration.

In the female category, in 2021 three teams were registered with 27 players and in 2022, teams increased to four and players increased to 50 representing 54% increase in female player registration.

To host and win and automatically qualify for the world cup in the upcoming event will definitely be the goal of which achieving such feet will definitely cause a further increase in participation.