Ruling party sued for locking out women from top posts 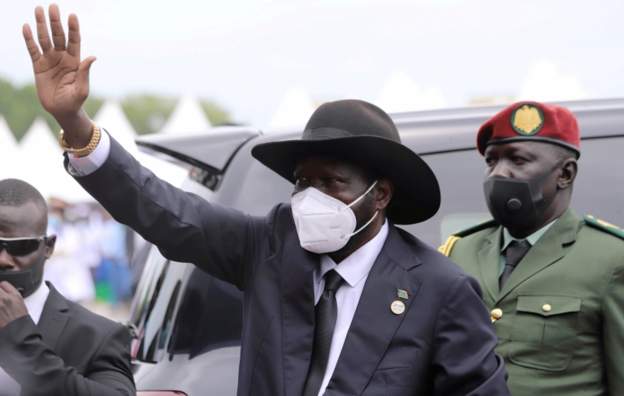 A group of activists in South Sudan have taken the ruling party, Sudan People’s Liberation Movement (SPLM), to the Supreme Court for what they call a “violation” of women’s constitutional rights.

They accuse the party of not respecting the constitution and provisions of the September 2018 Revitalised Peace Agreement which grant a 35% gender quota for women at all levels of government.

The petition was received by the deputy Chief Justice, John Gatwich Lul, who promised to submit it to Chief Justice, Chan Reec Madut, for consideration.

In June, President Salva Kiir appointed nine governors to the country’s ten regional states. Only one was a woman, Sarah Cleto Rial, who was nominated by the party of the first Vice-President Riek Machar.

The president’s party did not appoint any woman in its six gubernatorial slots.

“We are urging the Supreme Court to order the SPLM and compel them to remove two male governors and replace them with two females,” Wani Michael, the petitioner told the BBC in the capital, Juba, on Thursday.

Mr Wani said if the court fails to respond to their plea, there is a possibility of moving to the East African Court of Justice in Arusha, Tanzania.

South Sudan is a member of the East African Community bloc, but it is yet to be admitted fully.

DISCLAIMER: The Views, Comments, Opinions, Contributions and Statements made by Readers and Contributors on this platform do not necessarily represent the views or policy of Multimedia Group Limited.
Tags:
South Sudan
Sudan People’s Liberation Movement