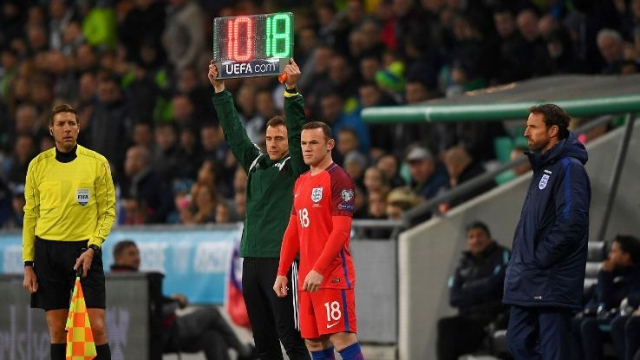 Rooney has lost his starting spot for both United and England after spending the spring and summer playing a deeper midfield role.

But after taking over United this season, Jose Mourinho has said Rooney is not suited to play in midfield, and Giggs said the mixed messages are having an affect on the 30-year-old.

"I see a player who's going through a transitional period," Giggs said in his role as a pundit on ITV. "I went through it when I was 29 or 30, where I was a winger and I couldn't knock it around a defender and get it the other side.

"I feel a little bit sorry for him. Towards the end of last season and for England in the summer he was played in that deeper role, then he was told he's playing as a No. 9 or a No. 10. He's probably a bit confused."

However, Giggs backed Rooney to find his form no matter where he's playing.

"The only way he can get it back is on the training pitch," he said. "I don't see him playing in a specific position, he's got the talent to play so many positions, and the experience."

After England's goalless draw with Slovenia, Giggs was critical of choices made by Daniel Sturridge.

"I played with him with Team GB [at the 2012 Olympics]," Giggs said. "He has everything, good touch, good finisher, quick, but to be a top, top player — decision-making.

"Making more good decisions than you do bad ones. Today there was just too many bad decisions."