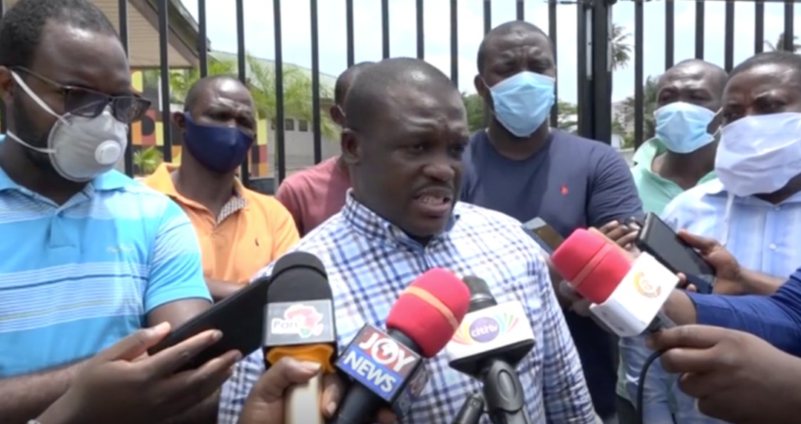 Member of Parliament for Ningo Prampram Samuel George is considering filing contempt charges against the Electoral Commission (EC) for holding a training workshop in his constituency despite a court injunction.

The workshop for directors and deputy directors was held at the Escape Hotel in Prampram.

The exercise forms part of the Commission’s preparation towards the compilation of a new voters’ register.

On April 24, the MP secured an injunction, restraining the Electoral Commission from holding the workshop in his constituency.

Despite this ruling, however, the EC has gone ahead with the training, leaving Sam George displeased.

“What is going in there is an illegality that has been established by the competent court of jurisdiction of the country. The Electoral Commission led by Jean Mensa and Bossman Asare are flouting the orders of the court,” he said

In response to whether he would consider contempt charges against the EC, he said “that is an option that is available to us. I am having that conversation already with my lawyers.”

The Ningo Prampram MP also accused President Akufo-Addo of backing the move which he describes as irresponsible.