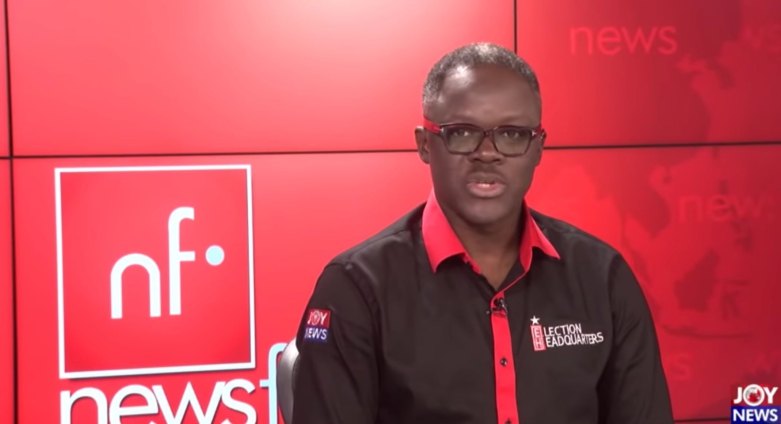 I have four questions.

Why is the Minerals Commission behaving as though it has been instructed to draw blood from its officers for the guys at TheFourthEstate online publication? The reporters, working on a story to assist the galamsey fight, requested information including about licenses issued by the Commission since 2013 and those it had revoked for the breaches of the laws it joins the public to complain about.

It has spent public funds to hire a lawyer to file a case in court against the RTI Commission’s decision, which by the way is so firmly rooted in the law that requires information in the public interest to be supplied free of charge or that where fees apply the amount must be what actually covers only the cost of reproducing the information requested. It also commands that only the RTI law, not any other must be used to deal with a request for information.

Why did the State, working with the Police move heaven and earth to frustrate #FixTheCountry in the name of Covid-19 only to back out and provide protection when the deadlier Delta variant is on the rampage? Our Covid-19 situation was a lot better at the time national security was meeting to discourage them from hitting the streets. The police procured an unlawful injunction order on their blindside to stop them.

The Supreme Court nullified the bizarre and perverse order. The Attorney-General spent precious time assisting the police to argue the case in court. Police armed themselves and moved armoured vehicles to patrol parts of Accra just in case they defied the bogus injunction. The elaborate Covid protocols observance plan earlier rejected is the same they submitted for this 4th August demonstration. How much has all this waste cost the taxpayer?

Why did the State – the police in Ho and the Court there violate the rights of 21 citizens arresting them and denying them bail to wallow in cells for three weeks for no apparent crime only to “free” them now, and they get no apology or compensation? It was obvious from the start that participants in what said to be a human rights conference police conveniently labelled “gay conference” were not engaged in any prosecutable “unlawful assembly” offence.

You pursued the mob-injustice mentality against them only to now “free” them for lack of evidence to back your allegations for which you humiliated them and violated their liberties and rights. This mob-injustice mentality to this issue is the reason the Madina MP, Francis Sosu, is attacked for simply criticizing aspects of the contents of the anti-LGBTQ Bill.

His criticism was sound to cure purely bad legal drafting issues with the Bill, yet he was attacked in a manner suggesting one cannot criticize the Bill without supporting or being homosexual. Chiefs have publicly announced they have thugs ready to abuse locals they suspect to be gay and we are quietand happy about that?

Why did Justice Samuel Diawuo set aside his own $15 million judgment against the State on issues that shouldn’t, necessarily, lead to such an outcome? If the judgment in substance serves the ends of justice, why annul it against a poor defendant because he commenced the case without paying the accurate filling fees and failed to give 30 days to the AG as required by law? In most cases and often, these fees are largely determined by officers of the court for a party to pay.

The practical approach when it is discovered that there was a mistake in calculating the filing fees is not to throw away the case but demand that it be paid immediately or within a set time as affirmed by the Court of Appeal. It is almost the same approach that is adopted when a party fails to serve the 30 days’ notice, the case is suspended for the purpose as the law itself dictates and as judicially affirmed.

The news reports say the court faulted the defendant for not specifically stating the amount it was awarded on the writ. But how did that same court arrive at that amount as deserving in the judgment? Isn’t that the bigger question?

Now here is a defender of the courts and judges criticizing them to the point of potential acts of incompetence for article 146 impeachment action. But that is how and why we have this democracy. Watch these things. That’s My Take.