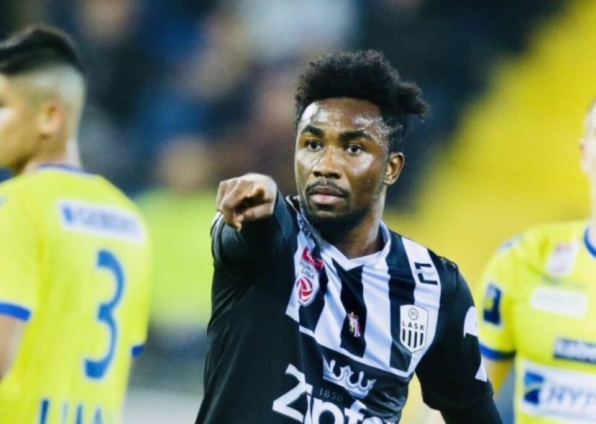 The American club announced the transfer on Tuesday, six days after Joy Sports broke the news.

He will occupy an international slot on New York’s roster through the end of the 2020 season with a club option to exercise a permanent transfer.

“Samuel is an exciting attacking player that our scouts have been following,” said the club’s head of sport Kevin Thelwell.

“He is strong physically and technically and plays with a lot of confidence. He’s got intelligence in each phase of the game and we believe he’ll fit in well with our group.”

At 24-years-old, Tetteh has amassed over 100 appearances across all competitions in Austria.

After he signed with Red Bull Salzburg from West African Football Academy in the Summer of 2016, the Ghanaian forward was loaned to FC Liefering, in Austria’s second division.

Tetteh had a strong first season with Liefering, tallying 10 goals and five assists in 20 appearances at 20 years old.

“He’s intelligent, he can create on his own and can stretch back lines with his speed. We know that Samuel has big potential and we are excited to get to work with him.”

Tetteh was then loaned out to LASK, a First Division Austrian club, in the Winter of 2018. He recorded 19 goals and 15 assists in 86 appearances across all competitions in 4,391 minutes played.

“I am excited to be joining the New York Red Bulls,” said Tetteh. “I am looking forward to meeting my new teammates and the fans and hopefully we can achieve great things together.”

Tetteh has also featured for the Black Stars, accruing one goal in six appearances.

DISCLAIMER: The Views, Comments, Opinions, Contributions and Statements made by Readers and Contributors on this platform do not necessarily represent the views or policy of Multimedia Group Limited.
Tags:
New York Red Bull
Red Bul Salzburg
Samuel Tetteh