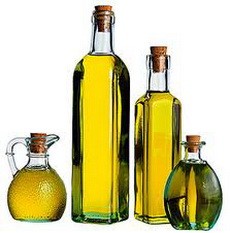 The risk from saturated fat in foods such as butter, cakes and fatty meat is being overstated and demonised, according to a cardiologist.

Dr Aseem Malhotra said there was too much focus on the fat with other factors such as sugar often overlooked.

It is time to "bust the myth of the role of saturated fat in heart disease", he writes in an opinion piece in the British Medical Journal.

But the British Heart Foundation said there was conflicting evidence.

It added reducing cholesterol through drugs or other means does lower heart risk.

Studies on the link between diet and disease have led to dietary advice and guidelines on how much saturated fat, particularly cholesterol, it is healthy to eat.

Millions of people in the UK have been prescribed statins to reduce cholesterol levels.

Dr Malhotra, a cardiology registrar at Croydon University Hospital, London, says the "mantra that saturated fat must be removed to reduce the risk of cardiovascular disease has dominated dietary advice and guidelines for almost four decades".

He says saturated fat has been "demonised" and any link with heart disease is not fully supported by scientific evidence.

The food industry has compensated for lowering saturated fat levels in food by replacing it with sugar, he says, which also contributes to heart disease.

Adopting a Mediterranean diet – olive oil, nuts, oily fish, plenty of fruit and vegetables and a moderate amount of red wine – after a heart attack is almost three times as powerful in reducing mortality as taking a statin, writes Dr Malhotra.

Unlike drug trials, it is difficult to carry out a controlled, randomised study, he says.

"However, people with highest cholesterol levels are at highest risk of a heart attack and it's also clear that lowering cholesterol, by whatever means, lowers risk."

Cholesterol levels can be influenced by many factors including diet, exercise and drugs, in particular statins, he adds.

"There is clear evidence that patients who have had a heart attack, or who are at high risk of having one, can benefit from taking a statin.

"But this needs to be combined with other essential measures, such as eating a balanced diet, not smoking and taking regular exercise."

Statins are a group of medicines that can help lower rates of cholesterol in the blood.

Cholesterol can also be reduced by eating a healthy, balanced diet, maintaining a healthy weight and doing regular physical activity.