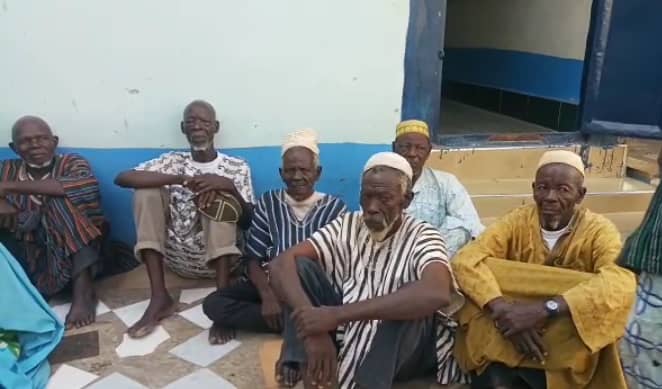 The Regional Security Councils in the Savannah and North East Regions have with immediate effect, barred two Paramount Chiefs from entering Lukula and its environs.

The ban which took effect on Wednesday, December 1, 2021, also affects the warriors and Sub-chiefs from the two Palaces.

The Savannah Regional Minister, Saeed Muhazu Jebreel who made the disclosure during an exclusive interview with JoyNews‘ Isaac Nongya, in Damongo, warned that the two Security Councils will not hesitate to arrest the two Paramount Chiefs and deal with them if they continue to create problems in Lukula irrespective of their tribes or origins.

Mr. Saeed Jebreel, stressed that the two security bodies have the mandate to ensure law and order.

“Let me sound this warning to those two chiefs that there is a tendency for them to be arrested if they continue giving us problems in those communities, whether Gonja Chief or Mamprusis Chief. We will make sure we recommend to National Security to pick them up and give peace to the people”, he warned.

According to Mr. Saeed Muhazu Jebreel, the two Paramount Chiefs should respect their Kings and allow them to take a decision on Lukula.

“If Wasipewura respect Yagbomwura (King of Gonjas) and Soo Naba in Janga traditional area respects Nayiri (King of Mamprugu), there will not be any problems because the decision the two REGSECs took was that, the two Chiefs should stay off till such a time that the two Regional Houses of Chiefs work for peace to return so that those the Land belongs to, then, the Chiefs of that area will enskin a Chief to take care,” he stated.

“But what the man (Soo Naba Nantogmah Seidu) said is actually making people in my region angry. So, I want to plead with all Gonjas to take everything lightly as we REGSECs are on top of issues.

We will not allow, whether Gonja or Mamprusi Chief who is there to claim ownership of the place. As long as the two REGSECs are concerned, we are not going to allow anybody to bring disturbances there. We will make sure that anybody who goes in there we will flush him out with the security apparatus on the ground”, the Regional Minister hinted.

Lukula is a cosmopolitan farming community located in the North Gonja district of the Savannah Region. It has for over a decade, been the center of violent attacks and counter-attacks from the two Paramouncies over ownership and who to rule the town as Chief.

The Regional Minister indicated that a Fact-finding Committee has been set up to probe the matter and enable the Savannah and North East Regional Houses of Chiefs to take a decision on Lukula.

He added, “we are not concentrating on these Sub-chiefs who are there trying to claim ownership of the Land but Nayiri and Yagbomwura to solve the problem.

So, from tomorrow, December 1, 2021, the Committee will begin to engage all, including Soo Naba Nantogmah Seidu who for one or so reasons, is angry, but I just want to assure him that so far as I remain Regional Minister, justice will be done to the Lukula issue”.

According to Mr. Saeed Muhazu, “if we didn’t move the Gonja warriors from Lukula three days ago, and yesterday and warriors from Soo Naba went, you would have imagined what would happen. Lives would have been lost”.

He said the two Security Councils are on red alert with intelligence on the ground to make sure that every disturbance that will come to Lukula is nipped in the bud.