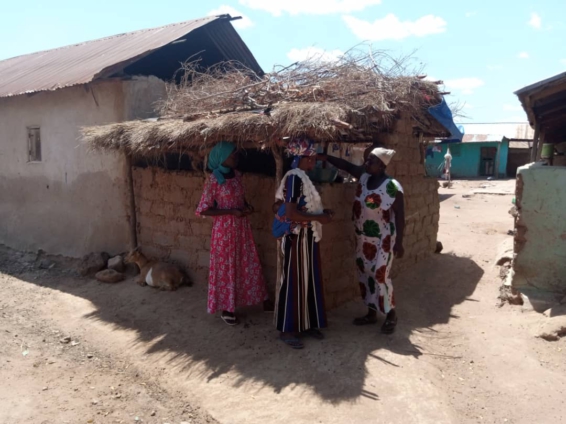 The Savannah Regional Security Council (REGSEC) has with immediate effect ordered the closure of the disputed gravel pit which triggered clashes between residents of Kijasa and Lusampe in the Debre traditional area leading to the death of 48-year-old Iddrisu Fuseini and the injury of 3 others in the Central Gonja District.

The Council led by the Savannah Regional Minister, Saeed Muhazu Jibril also directed personnel of the Ghana Police Service to arrest all perpetrators of the clashes and arraign them before court.

Briefing the media after visiting and listening to the parties involved in the dispute, the Savannah Regional Minister, Saeed Muhazu Jibril, blamed the chiefs for their inability to provide leadership for their subjects.

The Minister stated, “We have taken a decision that where the sand winning is taking place nobody in the Debre Traditional Council including any of the sub-chiefs under the traditional council is allowed to win sand there.

“Until such a time that we take the appropriate step to solve the problem and hand over the site to the rightful owner for his royalties. As we speak from this afternoon, we have put a ban on winning the sand”.

“And I have also entreated the Debrewura to look at how to solve the problem in his Palace because it’s a chieftaincy affair but there is also a criminal aspect of it.

“Somebody has lost his life and we at REGSEC are going to look at the criminal aspect of it and get all the perpetrators who have carried out this heinous crime to be arrested and prosecuted.

According to the Minister, the case has been handed over to the Police for investigations and would apprise REGSEC accordingly.

In responding to a question on leadership failure in the traditional area which led to the misunderstanding and clashes, the Regional Minister said, “If the Chiefs have control over the youth, this wouldn’t have happened”.

He believes that the issue resulted from a misunderstanding which can be resolved with the help of the chiefs.

According to Mr. Saeed Muhazu Jibril, the Council has, in the interest of preventing reprisals and restoring peace to the two Communities, met with relatives including the deceased who is the chief from the other site to try and advise the family not to take the law into their own hands.