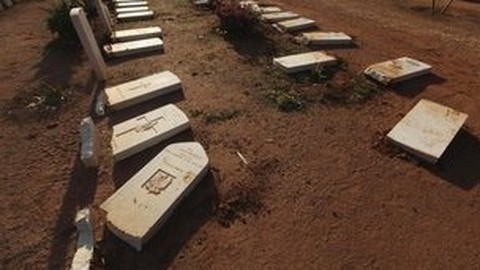 Students of Nyakrom Secondary /Technical School (NYASTECH) have appealed to Omanhene of Nyakrom and Agona West Environmental Health to intercede on their behalf to stop people who are burying dead bodies close to the school.

According to the students, burial of the bodies has created fear among them and is affecting academic work.

They made the appeal when a team of reporters visited the school at the weekend to verify the situation.

The team learnt that on February 2, a dead body was buried few meters away from the classrooms which poses serious health hazard to the students.

The graves are also close to some dormitories.

The school authorities said the state of affairs is posing environmental problems.

According to the authorities the school is also facing serious infrastructure challenges, including lack of classrooms, dormitories, dining and assembly halls and accommodation for teachers.

The problem has compelled them to erect canopies as classrooms for about 400 form one students, while all the 82 teachers are residing outside the campus.