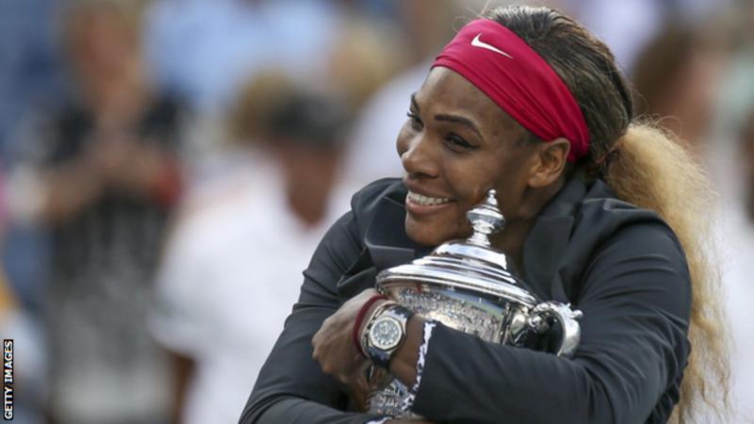 Six-time champion Serena Williams has become the latest high-profile player to pull out of next week’s US Open.

In a post on social media, the 39-year-old American great said she needed time to allow her body to “heal completely” from a torn hamstring.

The tournament, at Flushing Meadows in New York, begins on 30 August.

Williams wrote on Instagram: “After careful consideration and following the advice of my doctors and medical team, I have decided to withdraw from the US Open to allow my body to heal completely from a torn hamstring.

“New York is one of the most exciting cities in the world and one of my favourite places to play – I’ll miss seeing the fans but will be cheering on from afar.

“Thank you for your continued love and support. I’ll see you soon.”

Williams suffered the injury to her hamstring during her first-round exit at Wimbledon in June, when the seven-time champion was forced to retire against Belarusian Aliaksandra Sasnovich.

She pulled out of last week’s Western and Southern Open in Cincinnati in order to focus on her rehabilitation.

The US Open presented Williams with another chance at a record-equalling 24th Grand Slam title – after she claimed her 23rd major at the Australian Open in 2017 she has been unable to get over the line with four unsuccessful final appearances since.

Williams lifted her first major trophy at Flushing Meadows in 1999, defeating Swiss player Martina Hingis to become the first African American woman since Althea Gibson in 1958 – and the first in the Open Era – to win a Grand Slam honour.

After equalling Chris Evert’s record of six titles in New York in 2014, Williams reached the final again four years later, but was beaten by Japanese rising star Naomi Osaka – a now three-time Grand Slam winner – in a controversial ending to the women’s tournament.

Since giving birth to her daughter Olympia in 2018, Williams has reached four Grand Slam finals – two at Wimbledon and two at the US Open – in her quest to draw alongside Australian legend Margaret Court, but has been runner-up in each one.

In January 2020, she won her first championship in three years – and 73rd WTA title overall – with victory over Jessica Pegula at the Auckland Classic.

In the men’s event, Austrian Thiem has withdrawn due to a wrist injury, 20-time Grand Slam winner Federer is preparing to have further knee surgery, while world number five Nadal is out due to an injury to his left foot.