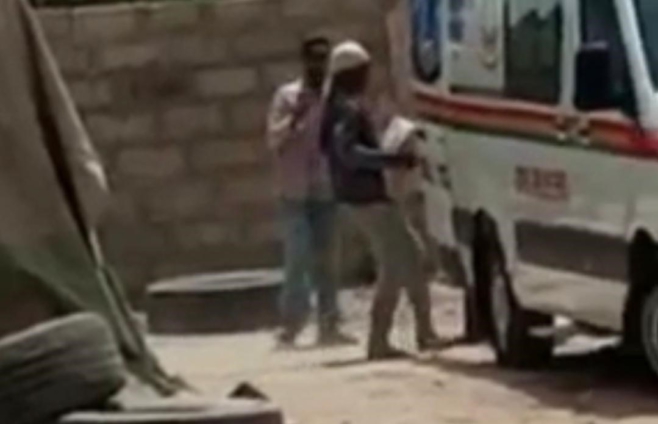 The Management of Service Ghana AutoGroup Limited has rendered an unqualified apology to the National Ambulance Service after its employees used an ambulance to cart cement bags.

Preliminary investigations carried out by the National Ambulance Service (NAS) following the incident revealed that the said ambulance was not part of its service fleet.

According to the Service, the vehicle has been in possession of Service Ghana AutoGroup due to minor faults which needed fixing.

It was further revealed that a mechanic of the garage, Nana Ofosu, after the repairs, drove the ambulance towards the Mallam-Kasoa-Winneba Road on a test drive, during which he employed the vehicle for his private purposes, thus to cart cement bags.

In response to the incident, Managing Director of AutoGroup Ltd, Dr Christian Siaw-Missah in a press statement relieved the National Ambulance Service (NAS) of any responsibility with regards to the ambulance stating that the “Service is not to blame but rather Service Ghana AutoGroup Limited.”

He noted that the police have commenced investigations into the matter and also gave the assurance that the company “is taking the necessary steps to avert any such occurrence in the future.”

DISCLAIMER: The Views, Comments, Opinions, Contributions and Statements made by Readers and Contributors on this platform do not necessarily represent the views or policy of Multimedia Group Limited.
Tags:
National Ambulance Service
Service Ghana AutoGroup Limited