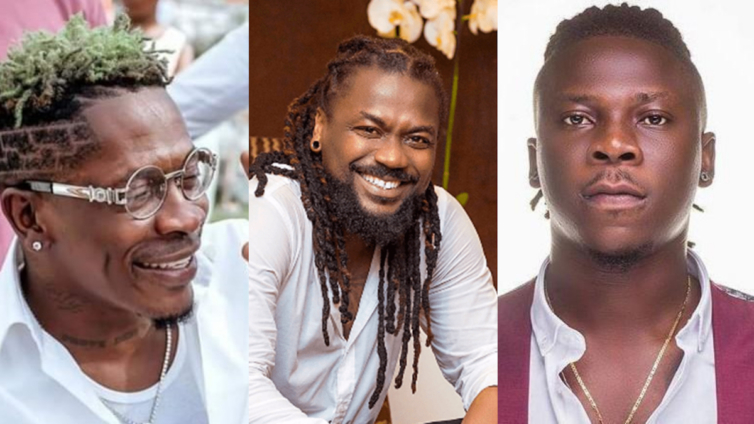 Clearly one for the history books, three of Ghana’s fiercest dancehall acts, Shatta Wale, Samini and Stonebwoy will perform on one stage together.

The three acts, who have for some years now, been at the centre of some of the most talked-about beefs and controversies will ‘face-off’ on November 1 at the maiden edition of the GH Unite Virtual Concert.

Put together by Loggy Entertainment and Klassik Promo Inc, the virtual concert will bring Shatta Wale, Samini and Stonebwoy together on one night for a good cause.

The three respected dancehall musicians, who will be joined by talented acts Kofi Kinaata and Kuami Eugene, will thrill patrons to a night of good music and performances.

CEO of Loggy Entertainment Prince Nana Boakye Yiadom explained that the event will promote good music and also serve as a platform for fans to interact with their favourite acts.

As Ghana gears up to go to the polls on December 7, Mr Yiadom added that the event is also aimed at promoting peace before, during and after the elections.

The virtual concert will be live on ghunite.co where fans and patrons can watch the artistes perform from the comfort of their homes.

The November 1 concert will be followed by similar concerts in the future.

DISCLAIMER: The Views, Comments, Opinions, Contributions and Statements made by Readers and Contributors on this platform do not necessarily represent the views or policy of Multimedia Group Limited.
Tags:
GH unite virtual concert
Samini
Stonebwoy