Should you go to your ex’s wedding?

When it emerged that Prince Harry’s ex-girlfriend Cressida Bonas was engaged, all signs pointed to the Duke and Duchess of Sussex being invited to the wedding.

However, according to reports last week, the jury is out as to whether Meghan will attend, as she is said to feel ‘less than comfortable’ about Harry’s ex – despite the fact that Cressida was a guest at the royal couple’s wedding in 2018.

As was his longer-term ex, Chelsy Davy, who he dated on and off for seven years (although reports have claimed Meghan kept her off the list for the evening reception). And you know what? I’m inclined to agree with Meghan. I think Prince Harry going to an ex’s wedding is weird.

I’ve always thought it terrifically mature when exes can be friends. But my thinking is like Miranda’s in Sex And The City: ‘We didn’t work out, you need to not exist.’ I need my exes to not exist – let alone be happy without me. I know others feel differently. My best friend Calum, 29, swears he wishes nothing but the best for his ex.

They speak almost every day, and Calum loves his ex’s new boyfriend. Another friend, Nick, tells me that he and his fiancée often go out for dinner with his ex and her new partner – he even goes to the football with the new boyfriend.

As he says, ‘I learnt a lot about who I am from her so, when we realised we weren’t working as a couple any more, we split up quickly and respectfully in an attempt to maintain a friendship. It’s confused a lot of friends over the years, but it works.’ 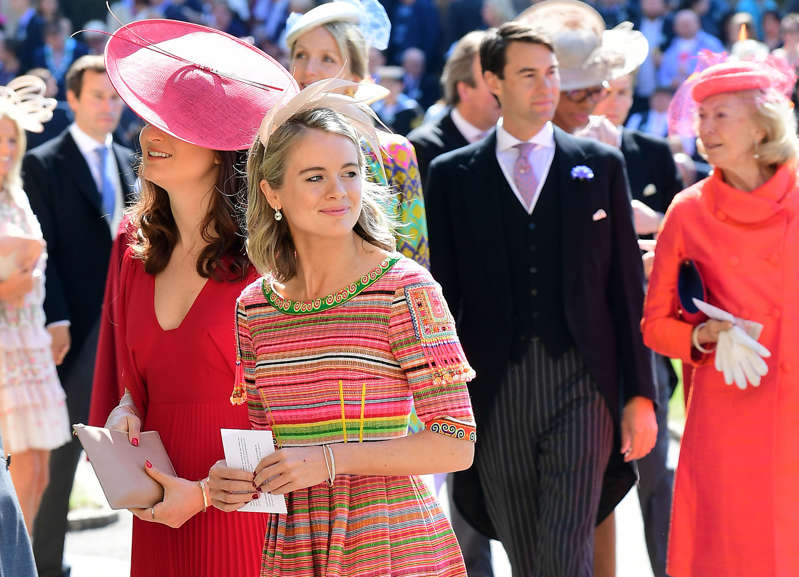 While I get that it is sad for the emotion and intimacy that once existed between two people to be forgotten, at the same time, that’s exactly what can be dangerous about staying friends. Somebody, somewhere, must still have feelings. You surely can’t know somebody’s deepest fears, mother’s birthday or sex face, and then rein it all back in. It defies the laws of emotional physics!

Sophia Money-Coutts, 33, journalist and author of What Happens Now?, tells me that her ex stayed such good pals with her and her family that he got married to his next girlfriend at her parents’ house. She, however, skipped it. ‘I was invited, but didn’t go out of consideration for my new boyfriend,’ she says. ‘I tactfully declined. He [her ex] has just stayed especially good friends with my dad and stepmother.’

And I can understand that. Prince Harry is said to be close to Cressida’s mother. Similarly, my friend Emma, who like Harry lost her mother young, says, ‘My mum died when I was 16, and I met my ex’s mum a year later. She’s been a lifeline of maternal love, energy and support for me.’ Emma now thinks of her less as her ex’s mother, and more as a family friend.

Still, that’s beyond me. When the boyfriend I met in secondary school dumped me after 10 years, I missed his mum just as much as I missed him. She had played such a big part in my life as I transitioned out of my teenage years. Maybe if I was still friends with him now, I’d still get to see her. He broke my heart too deeply, though. Friendship would be impossible.

Maybe it all comes down to how messy the split was. Cressida Bonas is marrying property developer Harry Wentworth- Stanley, who she actually dated before she even knew Harry, so perhaps the prince was simply an interruption to her truer love story. Even so, it’s a lot. Messy. Potentially a bit confusing. I just find it all hideously awkward. At heart, I’m with Meghan: watching a past love get married might be nice in theory, but in practice? I’d rather get on with my future.