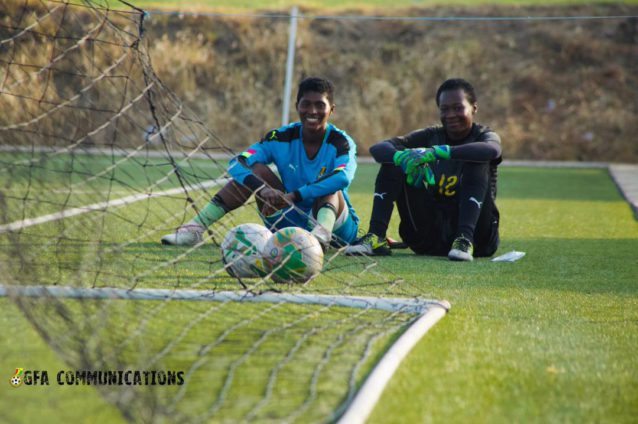 Soccer Intellectuals shot-stopper, Selena Abalansa has denied reports of attacking referee Cynthia Anafo during the group game between her side and Prisons Ladies.

The two teams faced each other in the final Group A game at the Madina Astro Turf, with Prisons Ladies beating Soccer Intellectuals with a 2-0 scoreline to advance to the semi final stage.

In a widely circulated video on social media, the goalkeeper was seen in a bust-up with the centre referee before the two parties were separated by players and officials.

However, the young goalkeeper says her intention was not to attack the match official but to confront her about some of her decisions during the game.

“I didn’t approach the referee with the intention to beat her up. I went there and spoke in our language [because we are all from Bolgatanga] demanding to know why she was cheating us,” Abalansa said in an interview on Akoma FM.

According to her, Cynthia Anafo appeared peeved about the confrontation and in an attempt to free herself, resulted in both of them falling to the ground.

“To my surprise, the referee held my jersey but initially I took it as a joke and even attempted to hug the referee but I realized she was serious. When I attempted to wrestle myself from the grip of the referee, we all fell down. When the referee was cheating us, our team officials instructed us to walk off the pitch and we all did that.”

Soccer Intellectuals missed out on a place in the next round of the competition with just three points from their three group games.