Social media celebrates Kwame Despite as he turns 60 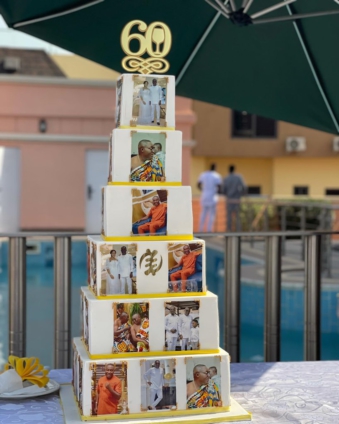 The Chief Executive of Despite Group of Companies has been showered with love and well wishes on Twitter.

Social media users are enthused about the grand style with which Despite has celebrated his day. According to them, Despite has aged just as fine wine.

Why is Honourable Dr Kwame Despite still not aging at age 60.
May we all be Great someday.#DespiteAt60

Sources say Dr. Osei Kwame Despite took his 60th birthday celebration to the Ashanti Region. He chartered a flight at Kotoka International Airport to Kumasi.

Dr. Osei Kwame Despite arrives at Kotoka International Airport as he departs to Kumasi for his 60th Birthday Celebration #DespiteAt60 pic.twitter.com/rikZv39bik

Members of the East Legon Executive Fitness Club welcomed him with a birthday song as they departed to Kumasi.

The gallant men supported their brother at Wiamose to crown the day.

A tall cake with images noting parts of Kwame Despite’s journey in life was made in honour of him.

Per reports, Dr. Osei Kwame Despite donated foodstuffs and other items to the people of Wiamoase in the Ashanti Region.

This is what we describe as Rich man. He spend with his people.#DespiteAt60 https://t.co/nHVtYIqWRA

DISCLAIMER: The Views, Comments, Opinions, Contributions and Statements made by Readers and Contributors on this platform do not necessarily represent the views or policy of Multimedia Group Limited.
Tags:
Kwame Despite