Some Christian leaders are not speaking against pervasive corruption because they have been bribed - Prof Martey - MyJoyOnline.com 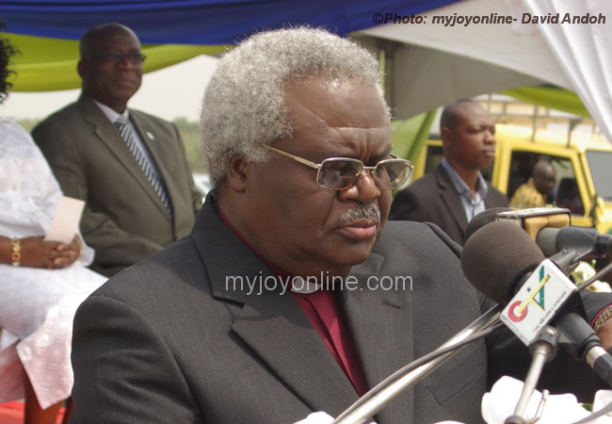 Former Moderator of the Presbyterian Church, Rev. Prof. Emmanuel Martey has revealed why Christendom has been quiet on current ills in the country.

According to Prof Martey, Christian leaders are reluctant to speak against pervasive corruption in the country because they are scared of harsh insults that are rained on them by the public.

“Ghanaians can insult … Many pastors cannot withstand such insults and therefore keep quiet amidst corruption. But they forget that was the way the master went,” he said.

The Presby Moderator was very outspoken on national issues including corruption and economic mismanagement under the Mahama administration.

Speaking at a public lecture in Koforidua, Rev. Prof. Martey said some pastors are unable to preach prophetic messages with power because they have been compromised with bribes.

“Some pastors naively and innocently, accept gifts that turn out to be baits and bribes which subsequently muszzle church leaders from preaching prophetic messages with power. Sometimes such so-called gifts and the accompanying conversations are secretly recorded and that spells doom for the pastor,” he noted.

He went on to say that many church leaders are scared to speak out against corrupt politicians since they share the same ethnic background.

This he explained is because the church leaders “fear they will be accused of betrayal of ethnic brothers and sisters.”

“They are also afraid that church members belonging to the ethnic group of corrupt people they speak against will leave the church,” he added.

Touching on why he has not been vocal in recent times, Rev. Prof Martey indicated that he has adopted text messaging as his approach to making his views on national issues known.

He claims that many things have happened as a result of his intervention, that is why he continues to speak.