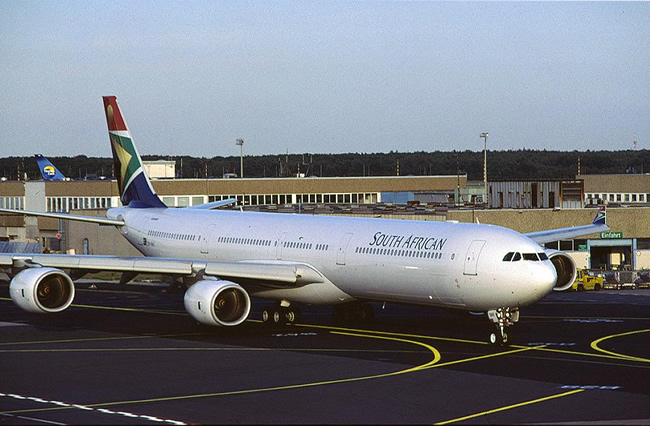 According to Africa's leading carrier, the new route is part of a long-term turnaround strategy to boost the growth of its operations on the continent.

From August 2, the only four-star rated carrier in Africa will fly four times a week – Monday, Wednesday, Friday and Sunday – to Washington DC on its A340-600s aircraft.

"SAA's decision to route some of its North American-bound flights to Ghana, is based on sound business principles as there is considerable demand for passengers to fly from Ghana to the US", said Kendy Phohleli, SAA Executive Africa Hub Projects, at a press briefing in Accra.

He revealed that South Africa Airways is also at the concluding stages of a code share agreement with domestic carrier Africa World Airlines (AWA) aimed at connecting passengers from South Africa and the US to other local and sub-regional destinations.

"So It is not only about flying customers from point A to B, but  connecting passengers to other destinations as well", Mr Phohleli said.

According to SAA, pricing for the Accra-Washington DC route would be competitive.

SAA Country Manager, Gloria Yirenkyi, said when definite ticket prices are released in the coming months, they would reflect the value of flying South Africa Airways.

"Pricing has a lot of factors, but we come to the party with very great experience of onboard service, a four-star rated carrier, we are here with excellent safety record, on-time performance and all of that gives value to the business traveler and to the family so we will be out there with very competitive fares that will most importantly give value", Gloria Yirenkyi underscored.

Meanwhile, SAA is currently running a promotional fare on its return tickets to Washington DC from Accra for $390 (excluding taxes). The promo ends in October.

SAA is South Africa's national flag carrier and the continent's most awarded airline. It serves 67 destinations worldwide in partnership with SA Express, Airlink and its low cost carrier Mango.