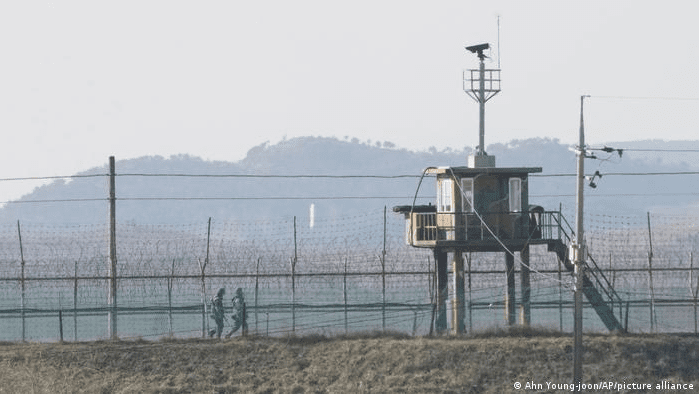 The man crossed a segment of the fiercely guarded Korean border, and was only detected by surveillance equipment, not soldiers

A man who entered North Korea on New Year’s Day is believed to be a defector from the North returning there a little over a year after fleeing, South Korea’s defense ministry said on Monday.

The South Korean military engaged in a search operation on Saturday after surveillance equipment detected the man as he crossed the eastern section of the border, but they failed to find him.

Who is the man?

South Korean authorities have yet to identify the man. A ministry official said he is believed to be someone who came to the South from North Korea in 2020.

“We presume this to be the same man who defected to the South by climbing over the barbed-wire fence in November 2020,” the official told AFP, with South Korean news agency Yonhap carrying similar off-the-record comments.

The defector was reportedly a man who used his experience as a gymnast to cross border fences to defect to South Korea in late 2020.

No evidence of spying has been discovered so far, a defense ministry official told South Korean news agency Yonhap.

The ministry official said that North Korea had acknowledged the South’s messages on inter-Korea hotlines about the incident, but had yet to provide more details on the man’s fate.

How many people have fled to South Korea?

More than 30,000 people have fled from North Korea to South Korea since the late 1990s. Crossings in the other direction are much rarer.

According to South Korean government statistics, only 30 of the North Korean defectors have returned home over the past 10 years.

In 2020, another North Korean who had defected to the South three years earlier snuck back across the border.

Following this breach, the border city of Kaesong was put under lockdown over fears the returning defector may have been infected with the coronavirus. North Korea has adopted border checks and other similar COVID-19 precautions with great fanfare, though it claims not to have recorded a single domestic case of the virus.

The vast majority of North Korean defectors first go to China before heading to South Korea. Defecting across the demilitarized zone is very rare, as it is riddled with landmines and barbed wire, and guarded by combat troops on each side.