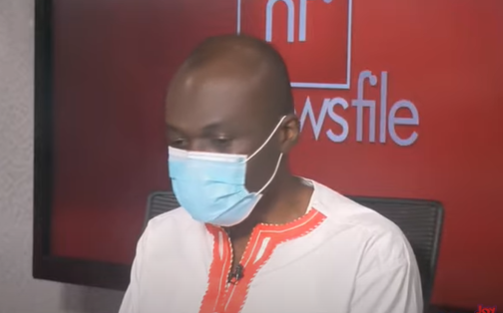 Private Legal Practitioner, Martin Kpebu says President Akufo-Addo’s light-hearted reaction to calls for Health Minister, Kwaku Agyeman-Manu’s resignation should not be construed as an indication that the Minister will not be sanctioned by the President.

During his tour of the Bono Region, the President jokingly mentioned the intense public criticisms against Health Minister Agyeman-Manu during his speech at a durbar on Tuesday.

Tagging the Minister as an important player in his government, the President, said, “Mr Agyeman-Manu, has endured a lot of suffering to stabilise the health sector, despite his efforts, he is receiving slaps” from a section of Ghanaians.

Speaking on Joy FM’s Top Story, Mr Kpebu said the President, while touring the region where Mr Agyeman-Manu is an MP and one of their influential opinion leaders, could not have criticized the Minister or rub his mistakes in their faces while soliciting for their support.

“Naturally, he would have to make a light moment of it and then when the President returns to Accra, he would do the needful,” he told Ernest Manu on Thursday.

Mr Kpebu stated that because the people voted massively for the President, they will not take it kindly if he told them directly that he is sacking one of their revered members from his cabinet.

“It has to be done in a humane manner, he can’t rub it in their faces. So for me, I don’t think that because he made a light moment out of it, he will retain the position,” he added.

The President’s comment comes days after the Health Minister received massive backlash from the public as well as a call by the Minority in Parliament for him to resign after some details of the Sputnik V Vaccine emerged.

A revelation by the ad-hoc committee set up by Parliament to probe the procurement of Sputnik vaccines showed that the Health Minister paid 50% of the contract sum to Sheikh Al Maktoum prior to appearing before them.

The government had paid $2,850,000 of $5,700,000 in the controversial Sputnik vaccine deal. However, Mr Agyeman-Manu denied knowledge of any payment when he testified before the ad hoc committee.

After the report, the Ministry of Health clarified that the sector minister, Kwaku Agyeman-Manu, received information about the payment to Messrs Al Maktoum, in respect of the Sputnik V contract, after he appeared before the committee probing the deal.

He sent the details of the transaction to the committee attached to the letter he wrote.

The Minister later wrote to Sheikh Ahmed Dalmook Al Maktoum with whom he signed a deal to procure Sputnik V vaccines, to refund the money for the non-supplied doses.

A Refund means no consequences?

Deputy Majority Leader in Parliament, Alexander Afenyo Markin, on Thursday, confirmed that the United Arab Emirates-based agent refunded the sum of $2.47 million to the government.

The Efutu MP who chaired the Committee, said with the money having been refunded, the matter should be closed.

“I can confirm that the refund has been made, and to me, the major concern to Ghanaians was a possible financial loss to the state, but the Minister was sincere before the Committee on the issues.”

He is also fighting off claims that the Health Minister lied to the parliamentary committee that probed the botched Covid-19 vaccine procurement probe.

Mr Afenyo-Markin is of the view that all documents presented by various agencies related to the transaction do not nullify the Minister’s testimony before the ad hoc 9-member committee.

However, Mr Kpebu believes that no agenda to save Mr. Agyeman-Manu will exonerate him.

He explained that Afenyo-Markin’s decision to defend the Minister is not only making matters worse for the Minister but also making a mockery of the country.

Mr Kpebu said that “the ship has sailed. The Minister has been nailed, no amount of chicanery will save him. This is beyond redemption, he just has to go.”

DISCLAIMER: The Views, Comments, Opinions, Contributions and Statements made by Readers and Contributors on this platform do not necessarily represent the views or policy of Multimedia Group Limited.
Tags:
Alexander Afenyo-Markin
Kwaku Agyeman-Manu
Martin Kpebu
President Akufo-Addo
Sputnik V vaccine