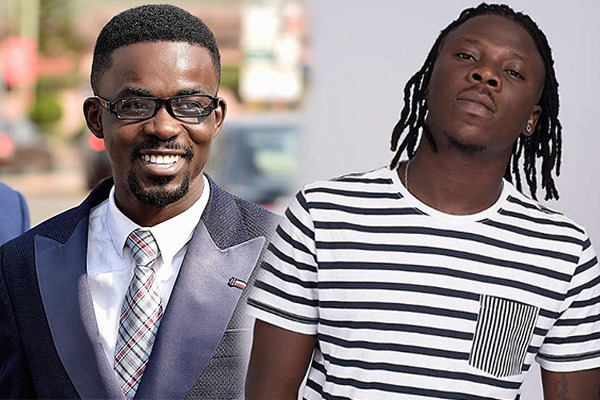 Stonebwoy says he is worried about the whereabouts of the Chief Executive Officer of embattled Menzgold, Nana Appiah Mensah.

Although various reports suggest the CEO is in Dubai facing criminal charges, the ‘Kpo keke’ hitmaker said Nana Appiah has neither come out to deny or confirm it, which makes the situation all the more worrying.

“I especially can’t confirm his whereabouts but we hear a lot of things. He hasn’t come to write on his page that ‘I am here, I am there, I’m this’ so it’s just too many information coming from left and right,” he told Joy News’ MzGee in an interview.

He explained that he stands with investors wanting to know exactly what has happened to Nana Appiah Mensah popularly known as NAM1 and the way forward.

Stonebwoy is a brand ambassador for Menzgold and is also signed to Zylofon Music, a record label belonging to Nana Appiah Mensah.

NAM1 recently took to Instagram to congratulate Stonebwoy after he became the first African to win both the BET award and a Nickelodeon kids choice awards.

“God bless! Stonebwoy. U’re spot on bro. Soon I and I wud sit again in Jerusalem upon the still waters and sing the songs of Zion. Keep d faya blazin, abwoy. Pepper dem’. Jah!rasta farai,” he wrote.

There have been speculations that the account has been hacked or it is fake. Stonebwoy told MzGee he sincerely believes it was Menzgold and is only hoping that he is well.

“I was asked about me being the brand ambassador for Menzgold and I gave them the sincerest answer from the bottom of my heart and I think that the boss saw it where ever he is I hope that he is doing well, deemed it encouraging and fit for him to acknowledge,” he added.