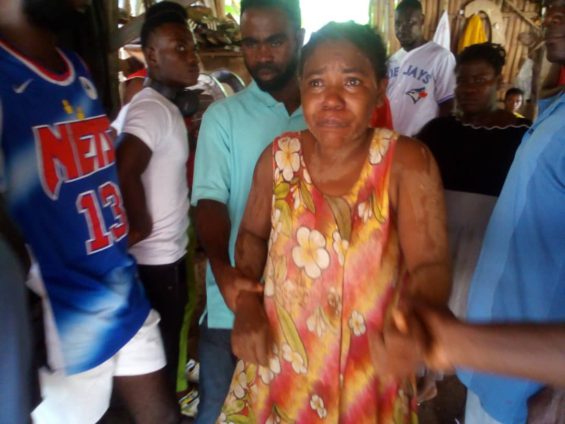 Preliminary investigation by the National Intelligence Bureau (NIB) has revealed that the kidnapping of a pregnant woman in Takoradi is fake.

It has also emerged that the 29-year-old woman was not pregnant as widely reported.

Western Regional Minister, Kwabena Okyere Darko-Mensah, made these revelations in an interview with Omanhene Yaw Adu Boakye on Kessben FM.

“From their preliminary investigations, NIB suspects that this whole story was fake and that the medical doctor who has even looked at her revealed she wasn’t pregnant. That is the immediate information that we have. The police are still with her,” he said.

The victim, Josephine Panyin Mensah, was said to have taken a morning walk from the Amanoo road to the Paa Grant Roundabout as part of her routine exercise on Thursday, September 16 and did not return.

The suspects also said they had dumped her somewhere; a close relative told JoyNews.

She was later found at Axim in the Nzema East Municipality of the Western Region.

But Mr Darko-Mensah, who also doubles as the Chairman of the Western Regional Security Council, debunked the claims.

He, however, said the police and NIB personnel are still with the suspect at the Axim General Hospital to unravel the whole truth.

Meanwhile, the husband of the suspect insists she was pregnant before she went missing.

DISCLAIMER: The Views, Comments, Opinions, Contributions and Statements made by Readers and Contributors on this platform do not necessarily represent the views or policy of Multimedia Group Limited.
Tags:
Kwabena Okyere Darko-Mensah
National Intelligence Bureau
Pregnant woman missing
Takoradi Kidnapping