“Target the WBC champion instead” – Agbeko to Dogboe 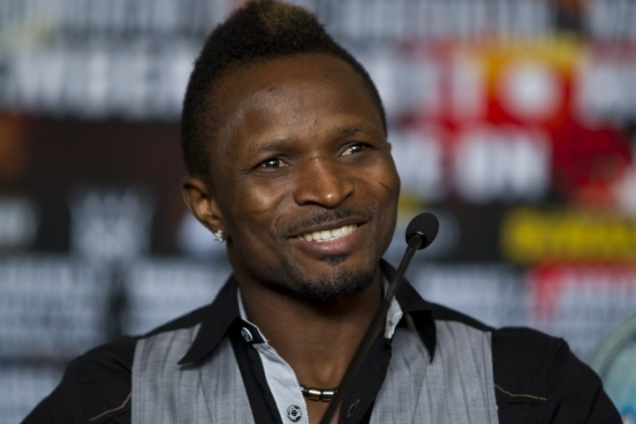 Agbeko who won the IBF title twice and the IBO once in the bantamweight division explained that his proposed route will give him bigger bargaining power if he inevitably has to face Navarette a third time.

Isaac Dogboe’s win against American Joet Gonzalez last weekend in Minnesota has placed him at the number one contender position in the WBO rankings. This has earned him a ticket to a fight with WBO featherweight Emmanuel Navarette and has placed him at least a fight away from challenging the current WBC featherweight champion, Rey Vargas.

“I think it will be good for him to go to the WBC. After Azumah Nelson and Nana Yaw Konadu won WBC titles for Ghana no other boxer has. Whenever you lose your last fight it keeps hunting you. I will prefer the WBC champion and definitely, he will win it.”

Agbeko also commended Dogboe’s team for all the hard work in the background and is impressed with the boxer’s levels of improvement in-ring skill.

In the yet-to-be updated WBC rankings. Dogboe is currently fighting, one place behind Joet Gonzalez whom he defeated via a split decision. The Ghanaian is expected to move at least one place up meaning he would have number one contender Gary Russell Jr (31-2, 18kos) and number two contender Brandon Figuera (23-1-1, 18 Kos) to deal with. The latter for instance won his last bout via a TKO while the former lost his last bout in January this year. So in the worst-case scenario, there should be at least two more fights for each Dogboe, Russell and Figuera to land a date with Rey Vargas if he remains the champion.

Ahead of the win against Joet Gonzalez, Dogboe was in the number two contender position while the former was number one. By this result, the next updated rankings by the WBO will have the Ghanaian exchange places with Joet Gonzalez. Automatically Dogboe will have to challenge Navarette for the WBO title which the Mexican has held since his third bout in the featherweight division. This is also dependent on whether or not Navarette is successful with his title defence against Eduardo Baez (21-2-2) on August 20 in San Diego. The Mexican nicknamed El Vaquero (Herds Boy) annexed the then vacant title in 2020 after stopping previously undefeated Ruben Villa.

Meanwhile, Dogboe has indicated that he is ready for all the champions in the division.