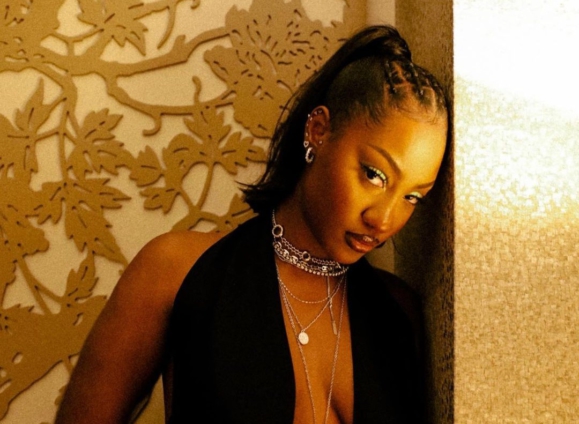 The first look for the much-anticipated film Bob Marley’s ‘No Woman No Cry’ sang by Nigerian artiste, Tems.

This comes after the musician named ‘No Woman No Cry’ and ‘Is This Love’ as tracks she would remix if given the opportunity.

She said that during an interview at the 2022 Billboard Awards ceremony where she won two awards.

Tem’s version of the Bob Marley classic is a solemn cover over the two-minute trailer.

The movie is the sequel to the critically acclaimed 2018 film Black Panther which starred the late actor Chadwick Boseman.

Boseman, who played lead T’Challa, died in August 2020 after a private, four-year battle with colon cancer.

The teaser for the sequel seemingly recounts events following the death of T’Challa (the Black Panther) whom Marvel chose to not recast out of respect and love for Chadwick Boseman.

A question lingers over the trailer: who will take on the mantle of the Black Panther? A figure is seen in the hero’s suit at the end of the trailer, though it is not clarified who is in the costume.

DISCLAIMER: The Views, Comments, Opinions, Contributions and Statements made by Readers and Contributors on this platform do not necessarily represent the views or policy of Multimedia Group Limited.
Tags:
Black Panther: Wakanda Forever
Bob Marley
Tems