Tennis:Murray, Nadal ease through in Montreal 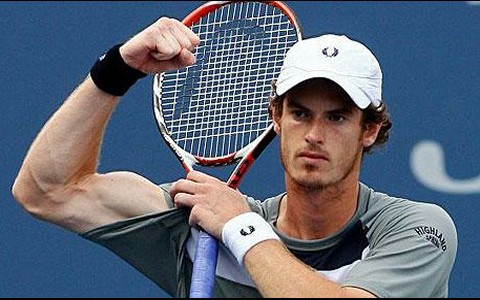 Andy Murray shook off some early rust to beat Marcel Granollers 6-4 7-6(2) in his first match since winning Wimbledon and Rafael Nadal blazed past Canadian wildcard Jesse Levine in the second round of the Rogers Cup on Wednesday.

Murray struggled to find his usual rhythm in windy conditions and had to save two set points in a mixed display that reflected some nerves and a lack of match practice.

The Scot romped through the tiebreak with some impressive shot-making to set up a third round meeting with Latvia’s Ernests Gulbis, who beat Italian Fabio Fognini 6-3 1-6 6-1.

“It was tricky, it is extremely windy here,” the second seed said in a courtside interview.

“I didn’t feel that I had my timing and got pushed behind the baseline.”

Nadal was more impressive in his first singles match since a shock first round defeat by Steve Darcis at Wimbledon opened the door for Murray to win the title.

The 12-times grand slam champion found Levine willing in the opening exchanges as the pair engaged in some exciting and lengthy rallies.

But Nadal, as he has demonstrated throughout his illustrious career, had all the answers and showed in his 6-2 6-0 victory that he has returned to the tour in top shape after a long absence.

“This is very tough tournament, a Masters 1000 in Montreal, on a fast court, so to be through in the third round … I have to be proud and happy about the way that I played.”

By contrast, his compatriot David Ferrer became the highest ranked player to fall when he was bundled out of the tournament by Alex Bogomolov Junior under the lights.

The upset came after their match was one of a number interrupted by heavy evening rain that sent the players and fans scampering for cover as daylight fell.

When the players returned just under two hours later, it was one way traffic as the Russian qualifier completed a comfortable 6-2 6-4 win over the third seed.

The rain delayed the start of their match until just before 10pm local time but it proved worth the wait as Del Potro came from 4-1 down in the decider to clinch it 6-4 4-6 7-5 as the clocked ticked past midnight.

Earlier, local wildcard Vasek Pospisil had proved his upset of world number 20 John Isner on Tuesday was no fluke as he stormed to a 6-2 6-4 victory over Czech Radek Stepanek.

Pospisil, ranked 71st in the world but playing well above that lowly standing, will now face fifth seed Tomas Berdych, who wobbled at times in his match against Alexandr Dolgopolov but emerged a 6-3 6-4 winner.

Canadian teenager Filip Peliwo missed out on a dream match against Novak Djokovic, however, losing in three sets to Denis Istomin, who will instead face the Serbian world number one.