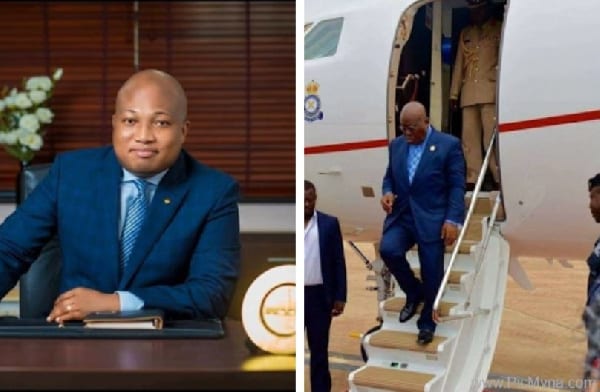 Member of Parliament for North Tongu, Samuel Okudzeto Ablakwa says no reasons provided by the incumbent government can justify President Akufo-Addo’s recent taste for private aircraft, instead of the presidential jet, for his foreign trips.

“The President appears now to be on a journey of no return. This his new found taste for luxury jet is costing this country greatly.

He, therefore came to the conclusion that “there is absolutely no justification for the President refusing blatantly to use the presidential jet.

His current critique against the NPP-led government stems from the President’s recent foreign trip.

According to Mr Ablakwa, the President’s recent travel to Germany at the invitation of Chancellor Angela Merkel with Global jet Luxembourg company, allegedly came at a cost of $14,000 per hour.

“I’ve run my checks. The minimum you’ll pay for this jet is 14,000 an hour if you deal directly with them. But you come through a broker, or a middleman, you can pay between 18,000 and 22,000 per hour. The estimate I have done, I used the minimum even though I know our government has the penchant of dealing with dubious middlemen.”

He insisted that there can be no justification for the President to take a “luxurious monster” to go and plead for vaccines that would have been delivered regardless of his travel, from public officials who are loved for their simplicity.

“Angela Merkel, one of the modest leaders the world has ever seen insists on staying in her apartment where she was a young physicist. She has remained there. She shops herself. Goes to the market herself. She is celebrated for her modesty. Then our President who is going to appeal to these people for assistance, he went to Germany to try to negotiate some more vaccines for us.

Remember the Germans already had said they will donate 70 million of AstraZeneca to Africa. So even if the President didn’t go to Germany, he would have gotten the vaccines. But well, he says that we got a few thousand more because he went there. Did you have to go with such a luxurious monster which will make even Arabian kings envious?” Mr Ablakwa asked.

For him, this recent trip with a private jet shows that President Akufo-Addo is not out to protect the public purse as the public has been made to believe.

He referenced the Center for Democratic Development, Ghana (CDD-Ghana)’s post-election 2020 survey that revealed that “the majority of Ghanaians are not confident in government’s ability to protect the country’s financial resources (53%) and curb corruption and official impunity (62%)”.

The incumbent government has been criticised by the public and Minority in Parliament for the President’s trips to France, Belgium and South Africa.

Addressing Parliament, Defence Minister, Dominic Nitiwul argued that the Falcon jet could not be used because it lacked some facilities despite its being airworthy.

The Minority found it unacceptable that one of the reasons the President could not travel on the presidential jet is because, “no President can shower in this aircraft. He cannot move from this aircraft straight into a meeting.”

Consequent to all these controversies, former Chief of Staff under the Kufuor administration, Kwadwo Mpiani, has called for a national policy mandating the President to pay for the cost of private travels using the Presidential jet.