There is no space in the 2021 budget for dualisation of roads - Governs Agbodza - MyJoyOnline.com 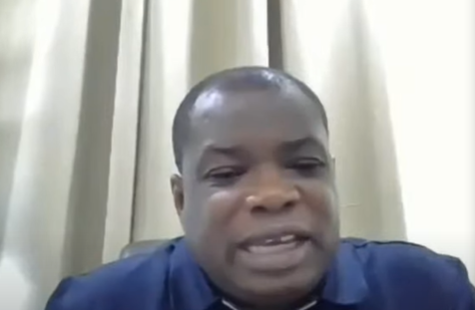 Ranking Member on Parliament’s Transport Committee, Governs Kwame Agbodza, says government has not set aside enough money in its 2021 budget to dualise the major roads in the country.

Mr Kwame Agbodza, interacting with host of PM Express, Aisha Ibrahim on the surge in road accidents revealed that an amount of GH¢1billion was set aside for capital investment on roads.

According to him, the cost for a kilometre of asphalt road costs about $1million, hence such an amount in the budget won’t be able to cater for dualizing major roads.

“From where I sit, let me give you an example. The total amount of money in the budget for 2021 for capital investment in roads is GH1billion. We are told a kilometre of asphalt is about 1 million dollars. You find out how many kilometres we can build with GH1billion.

“Anyone thinks that from Tema to Alao is maybe 170km, Tema to Ho, 165km thereabouts, from Accra to Kumasi is over 200km. Similar distance to Takoradi. In effect, we are looking for what? Maybe 1000km of dualisation of that road. To be frank with you, there is no space in the budget to be able to do that.

“So whiles we are trying to do that as a long term intervention, Doc talked about certain things we can be doing in terms of enforcement and at least maintenance of roads. Indeed, some of the accidents are avoidable because the nature of the roads, potholes – drivers try to manoeuvre and dodge these things fall into the bush or veer to the direction of the incoming vehicle so if we have our way, the 7800km of road we talked about, half of them would be dualized but is it realistic to think that tomorrow morning the Road Minister is going to announce that we are dualising all these major roads, I don’t think it is realistic,” he said on Monday.

His comments were to back submissions by Dr Asenso-Gyambibi, the Director of Building and Roads Research Institute (BRRI) of the Council for Scientific and Industrial Research (CSIR), who admonished authorities of MTTD to deploy officers to road carnage hotspots in the country as part of its efforts to check the menace.

For Dr Asenso-Gyambibi, such enforcement will help save several lives.

Both panelists were reacting to the surge in road accidents in the country. This is after 10 persons lost their lives when two buses collided at Gomoa Mampong on the Kasoa-Winneba Highway in the Central Region on Sunday, August 22.

Meanwhile, the Member of Parliament for Adaklu Constituency, Mr Agbodza has emphasised that dualising roads is not the key to address road carnage in the country but rather adhering to Road Traffic Regulations and enforcement by the relevant stakeholders.

He referenced the United Kingdom where persons who breach the traffic regulations are fined on the spot saying such circumstances is non-existent in Ghana.

“I don’t see much difference in terms of the Road Safety Act in Ghana and in the UK. It is almost the same. If you are driving and you use your phone in London, it is 60 pound or so instantly and you can get about 6 points on your license. But guess what. Members of Parliament, Ministers of State, medical doctors, police, everybody is driving while speaking on the phone. Nobody is able to enforce those basic laws.

“I don’t believe there is anywhere in the world where the majority of the roads in that country are dualized. But the enforcement regime is such that even if you are driving on a cottage road, you adhere to the speed limit and how you conduct yourself on the particular road. The law in this country says that you should only overtake a vehicle when it is safe to do so,” he explained.