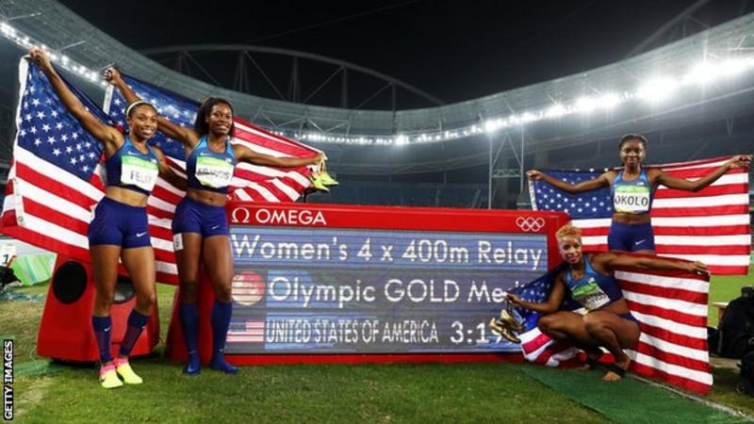 The United States track and field team have cancelled their pre-Olympic training camp in Japan because of concerns over the coronavirus pandemic.

Host city Tokyo is under a state of emergency amid a surge in cases, 10 weeks from the start of the Games on 23 July.

American athletes were due to train in nearby Chiba and the local government said “concerns for their athletes’ safety” led to the cancellation.

The news comes a day after Japanese tennis player Naomi Osaka said she was “not really sure” whether the rescheduled Olympics should go ahead this summer.

, a fact that may have been exacerbated by the country’s wish to offer donated vaccines to about 2,500 Olympic and Paralympic athletes and support staff to prevent an outbreak during the event.

In Japan, 2.6% of the population has been vaccinated and reports that athletes would be prioritised led to criticism from the public.

“Our officials are saying we’ll make sure we don’t cause trouble for the overall population,” said Miho Kuroda of the Japan Paralympic Committee.

One sponsor has also responded to rising public concern in Japan, with a Toyota Motor Corp executive saying company officials felt “conflicted” over the Games.

DISCLAIMER: The Views, Comments, Opinions, Contributions and Statements made by Readers and Contributors on this platform do not necessarily represent the views or policy of Multimedia Group Limited.
Tags:
Tokyo 2020
Tokyo 2020 Olympic Games
Tokyo Olympics