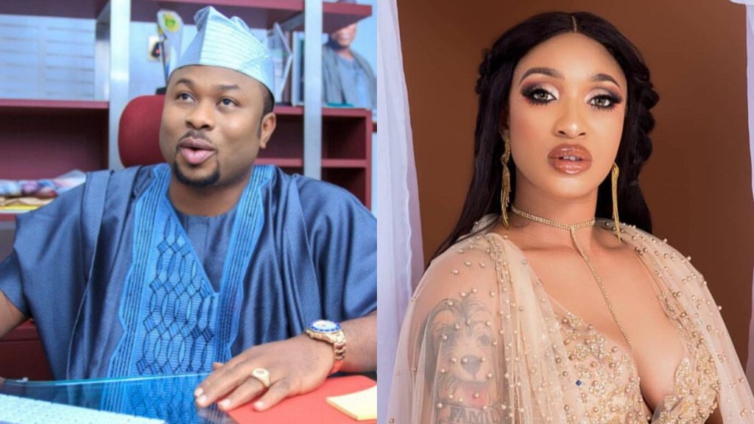 Nollywood actress, Tonto Dikeh has revealed that she has finally forgiven her ex-husband, Olakunle Churchhill.

The actress and her estranged husband have been in one controversy or another since getting a divorce.

Tonto disclosed how she caught her ex-husband in a red pant, with red candles and laptop at night, describing him as a yahoo boy and scammer.

She also described him as a 40-seconds man.

However, On Sunday, the actress revealed that she has forgiven her ex-husband because of her son.

In an Instagram session with Dele Momodu, the actress said she has come to realise that forgiveness is not about the next person but one’s self.

According to her, she read the part of the bible where God said he would not forgive someone if they do not forgive others.

“I know that Forgiveness is not about the next person but the explanation I got recently really wowed me. It says I have forgiven you not because you have to be forgiven, and I have forgiven you because I do not want to put myself in a place of stagnation when it comes to growth.”

Tonto Dikeh added that forgiveness is essential for one’s growth.

The actress stated that she wishes nothing but the best for the father of her son.

She added that presently there is nobody she holds a grudge on but stressed that ‘there are people who she has forgiven but would never have a relationship with again.”