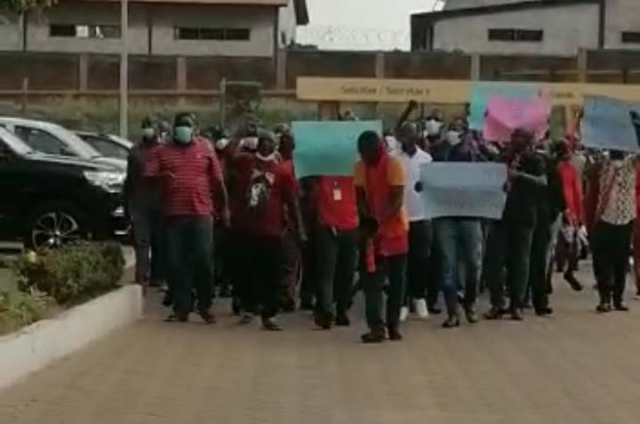 The Tema Oil Refinery (TOR) has responded to allegations from workers that the TOR Board is incompetent, and must be dissolved with immediate effect.

According to TOR, “for the Unions to say that the Board has made no significant contribution to the Company is unsubstantiated and unfortunate.”

Their comment follows protests by some workers of the Tema Oil Refinery who say the Board had failed in its supervisory role as the refinery has been unable to make proper investments to generate revenue.

They say the Board has not been innovative as it has not liaised with management in terms of financing coupled with some other challenges faced by the refinery.

However, TOR in a press statement has debunked such allegations listing out various feats the current Board had managed to effectively address.

According to them, the current agitations from the Workers’ Union was occasioned by the Management’s request to defer the Collective Bargaining Agreement (CBA) negotiations to 2021 due to the harsh economic impacts of the Covid-19 pandemic on TOR’s finances in 2020.

The Collective Bargaining Agreement is a triennial meeting between the Union and Management of TOR to negotiate benefits and salaries for the next three years.

Following the protests, “The Board and Management wish to assure the TOR Unions that it values the CBA negotiations and will thus continue to engage them in the interest of Tema Oil Refinery and its cherished Staff.”