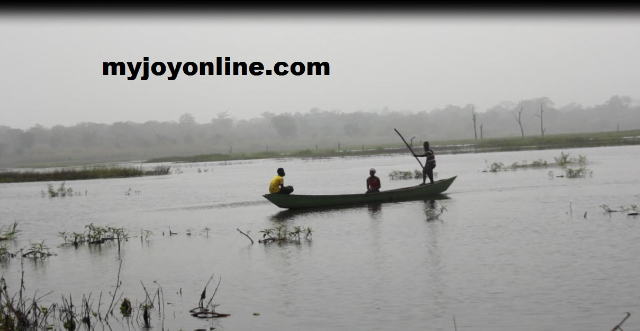 Travelling or fishing by boat on the Sene River in the Brong Ahafo Region are increasingly becoming risky venture due to accidents caused by tree stumps.

At least four fatal accidents occur every year on the river which is the only form of transportation to and from each side.

Residents rely on rickety boats and canoes for fishing and for travelling the roughly 80 kilometres distance to reach the other side of the river.

Sene River connects residents of Akyeremade-Battor and over 50 communities in Sene West, Kejeji in the Sene East Districts in Brong Ahafo Region, as well as Krachi-Nchumuru District in the Volta Region.

Over 250,000 people travel on the River Sene annually.

Thousands of tree stumps in the river make fishing and transportation dangerous.

The attendant boat accidents have also been alarming in recent times.

Five accidents were recorded on the river in 2018. A number of other tragic incidents have gone unreported.

In the last incident, 23 people mostly traders were killed when the boat they were travelling on capsized after hitting a tree stump.

A fisherman,  Samuel Hloademe recounts how he nearly lost his life on the river in 2014.

He witnessed another accident the following year when all four people in a small boat drowned.

"It's  God who preceded. If not so, I would have died in the river," he recounted.

According to him, though travelling on the Sene River in small canoes and boats are dangerous, residents have no other option.

"We want to appeal to the government to get us some machines that we can use on the river for our safety," he appealed.

Sene East District Chief Executive, John Nyarbah, wants the Ministry of Transport and Fisheries to intervene to curb the accidents.

"We normally record three [accidents]a year; at times four and it is sometimes fatal…at times all the people in the boat die"

He said it gets worse in the dry season when visibility is poor.

"It is really true the stumps are in [the river] and it causes accidents and so a lot of people die through these accidents. Some of the boats that they[fishermen and transporters] use are old ones. They are not worthy to be used on the river," he lamented.

Though the assembly has written letters to the Ministry of Fisheries, that is yet to yield results.

According to Mr Nyarbah, improving safety on the Sene River will not only save human lives but also improve the assembly's revenue.

"We have one ferry at the Volta Lake, that is Sene East but it doesn't come here so our people need a ferry.

"We will appeal to the government that if we also get ferry here and those who are doing the fishing also need new equipment, that is new boats that will help them to do their work efficiently," he said.