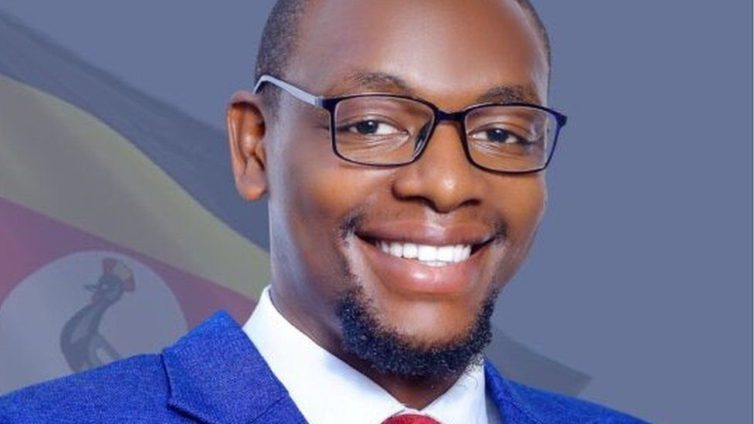 Rukirabashaija was held and tortured last year after writing The Greedy Barbarian, a novel about high-level corruption

Ugandan author Kakwenza Rukirabashaija, who won a prestigious prize this year for courageous writing, has been detained, his lawyer has confirmed.

The reason for his arrest is unclear, but he has recently been scathing about President Yoweri Museveni and his son Lt-Gen Muhoozi Kainerugaba on Twitter.

He described the general as “obese” and said “the Musevenis have imposed enormous suffering on this country”.

They have not yet confirmed Rubirabashaija’s arrest but his lawyer Eron Kiiza said he was being held by the police crime intelligence agency in a suburb of the capital, Kampala.

Mr Kiiza added that he has not been able to gain access to the author, and he had not yet been charged.

In his last Facebook post before he was taken away on Tuesday, Rubirabashaija wrote: “I’m under house arrest. Men with guns are breaking my door. They say they’re policemen but are not in uniform. I’ve locked myself inside.”

He is best known for The Greedy Barbarian, a satirical novel which describes high-level corruption in a fictional country, and Banana Republic: Where Writing is Treasonous, an account of the torture he was subjected to while in detention in 2020.

President Museveni, 77, has been in power in Uganda since 1986, and there has been long-standing speculation that he was grooming his son – a powerful figure in the military – to succeed him.

The opposition Forum for Democratic Change (FDC) party has condemned Rukirabashaija’s arrest, urging that he be freed.

The author’s handle and the hashtag #FreeKakwenza are trending on Twitter in the East African nation.