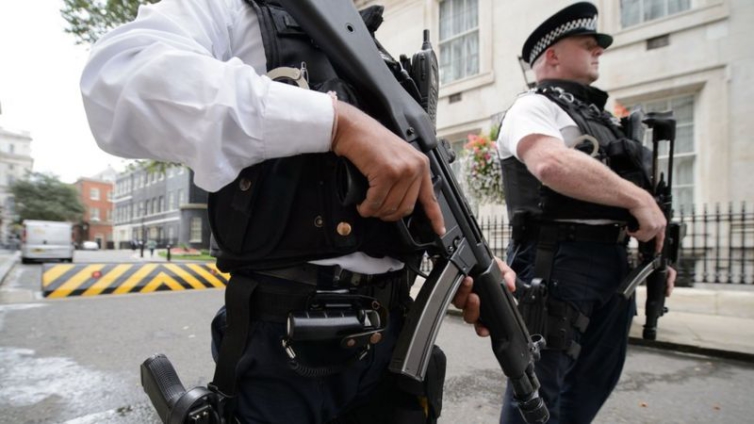 The UK’s terrorism threat level has been upgraded from “substantial” to “severe”.

The move means security chiefs believe that an attack is highly likely but there is no specific intelligence of an imminent incident.

The move follows Monday night’s shooting in Vienna in which four people died.

BREAKING: The UK threat level has been raised from substantial to severehttps://t.co/HbIcEwn2YC

Last week, three others died in a knife attack in Nice, France, and a teacher was murdered in Paris last month.

Home Secretary Priti Patel said the British people should be “alert but not alarmed”.

“This is a precautionary measure following the horrific events of the last week in France and last night in Austria and is not based on a specific threat.”

She added that significant steps have already been taken to amend powers and strengthen the tools for dealing with developing terrorist threats.

“As I’ve said before, we face a real and serious threat in the UK from terrorism.

“I would ask the public to remain vigilant and to report any suspicious activity to the police,” she said.

Assessments of threat levels are taken by the Joint Terrorism Analysis Centre (JTAC), part of MI5, which makes its recommendations independently from the government.

The UK’s terrorism threat level was raised to the highest rating, “critical”, in the days following the Manchester Arena bombing in May 2017.

It last reached that level again briefly in September that year, after a bomb partially exploded on a Tube train at Parsons Green.

The threat level remained at the second highest rating, “severe”, until last November when it was downgraded to “substantial”, where it has stayed until now.