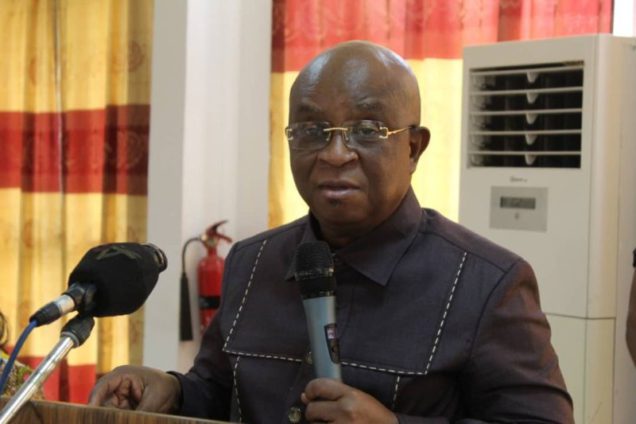 British High Commissioner to Ghana, Harriet Clare Thompson has revealed that the United Kingdom is ready to assist Ghana deal with activities of pirates on the Ghanaian seas and the Gulf of Guinea.

The High Commissioner made the remark during an ocean dialogue event with some Naval Officers from Ghana and their UK counterpart, the Royal Marines from 42 Commando Unit including; some key stakeholders at the Tema seaport.

Ms Thompson stated that the deployment of ‘Her Majesty Ship’ (HMS) Trent to the shores of Ghana showed that the UK and Ghana security partnership was in action adding that a mutually beneficial partnership would be built on sharing of expertise, intelligence and training.

According to the Commissioner, the gesture would also strengthen the shared commitment to ensure that Ghana continued to be recognized as world-renowned peacekeepers strengthened through skills and experience of the British Armed Forces.

Ms Thompson also hinted that, activities of pirates, drug-smuggling and terrorism had some dire repercussions on the economy saying security and prosperity were key in every developing nation.

She said 95 per cent of piracies happened on the Gulf of Guinea adding that any threat on Ghana affected the United Kingdom.

Commander Thomas Knott, Captain HMS Trent in an interview with the Ghana News Agency stated that the Ship made her first Maritime Security Deployment to West Africa and the Gulf of Guinea.

He explained that the visit to Ghana would deepen the partnership between the two nations to respond together from piracy interdiction operations to lifesaving assistance on the sea.

Commander Knott stated that the Royal Navy Patrol ship sailed from the United Kingdom to the waters of the Gulf of Guinea visiting Ghana, Nigeria, Senegal, The Gambia and Cape Verde for security patrol and missions to support the UK allies in West Africa.

The HMS Trent which was commissioned in 2020 built in Scotland was one of the five Royal Navy Patrol Ships currently operating around the world in areas of critical importance to the UK-from the Indo-Pacific, South Atlantic to the Mediterranean and the Caribbean ready to respond to global events onshore.